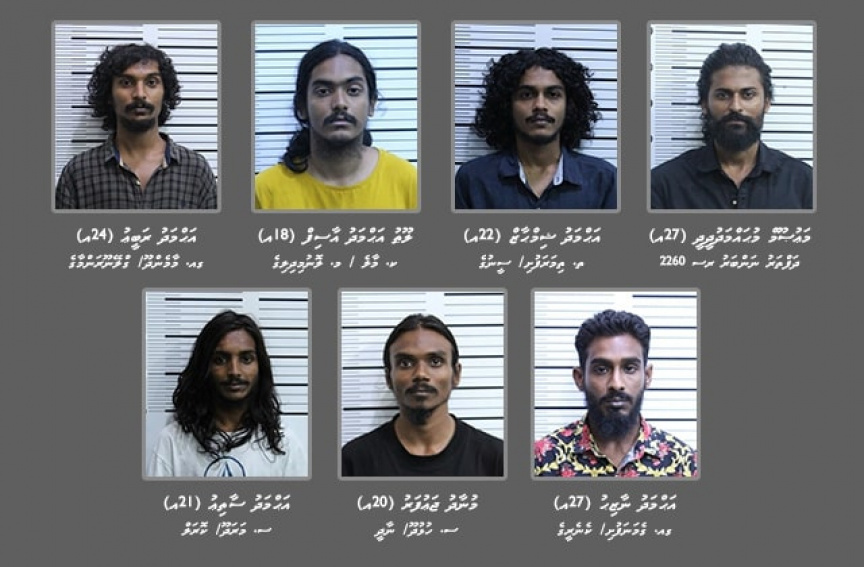 Police are searching for seven suspects for engaging in gang violence armed with sharp-edged weapons.

Police released the photos and identities of the seven suspects in a statement on Thursday morning.

Police said the seven suspects are wanted in connection to a case under investigation by the Serious and Organized Crime Department.

Police have asked for anyone with information regarding the whereabouts of the seven suspects to call the police hotline 3322111 or the Serious and Organized Department directly at 9911099.

Police took the opportunity to thank the public for their assistance in such cases.

The search for the seven suspects come after a string of recent attacks in the Maldivian capital.

Two people were injured in the two attacks, and five suspects were later arrested from Hulhumale’ Phase II in collection to the attacks.

The third took place on Muthee Goalhi at approximately 02:15 am on Thursday. At least two people were arrested following the attack.

The first attack took place near Maaveyo Mosque on Koarukendi Magu at approximately 05:48 am. Two people were injured in the attack.

The second attack took place at the junction of Majeedhee Magu and Janavaree Magu at approximately 09:17 am. It left two people injured.