Suspects arrested after string of attacks in Maldivian capital 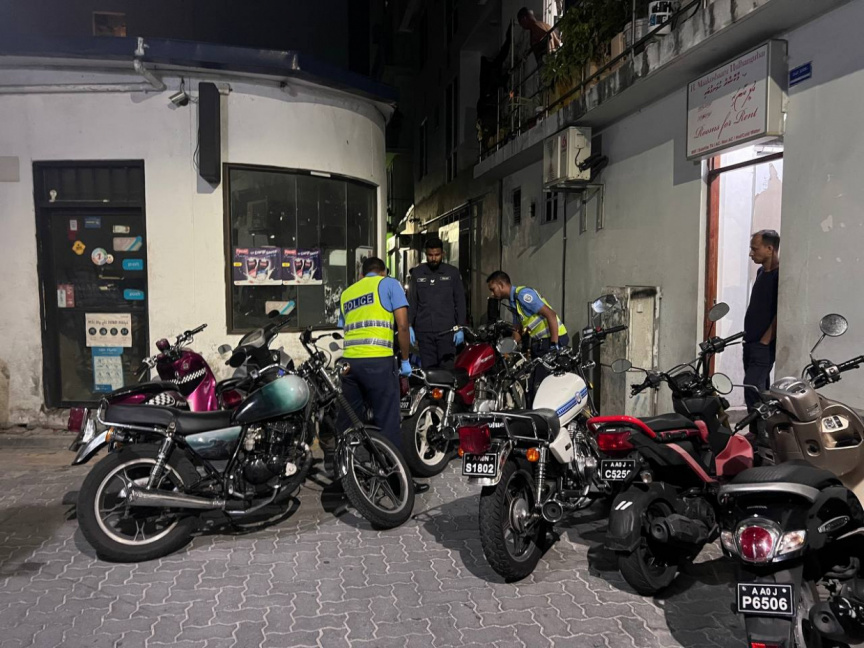 Police arrested two suspects after an assault near the City Bakery in Henveiru district of Male’ City on early Thursday.

The assault on Muthee Goalhi at approximately 02:15 am on Thursday was the third such attack in the Maldivian capital within the span of hours.

Police were seen towing two motorcycles – believed to have been used by the attackers.

The first attack took place at the Lyre Restaurant on Kaani Magu in Hulhumale’ Phase I at approximately 09:17 pm on Wednesday.

The second attack was reported from near the bridge to Hulhumale’ Phase II at approximately 09:32 pm.

Police confirm two people were injured in the two attacks, and were treated at the hospital.

Five suspects were arrested from Hulhumale’ Phase II in connection to the two attacks.

The latest attacks come after two similar incidents in Male’ City on Monday, May 2, which left four people injured.

The first attack took place near Maaveyo Mosque on Koarukendi Magu at approximately 05:48 am. Two people were injured in the attack.

The second attack took place at the junction of Majeedhee Magu and Janavaree Magu at approximately 09:17 am. It left two people injured.

Police have yet to confirm if any arrests have been made in the two cases.

All cases are under investigation by the police.