Ocean Surveyor fined over MVR 198,000 for damage to Hulhumale’ reef 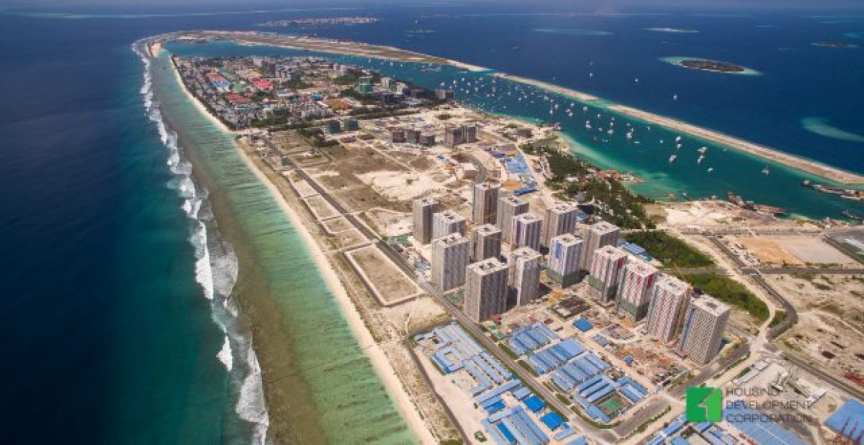 An aerial shot of Hulhumale'. (Photo/HDC)

The owner of Ocean Surveyor, used to conduct survey work off the north eastern reef of Hulhumale’, has been fined for damage to the reef.

The ship had been involved in survey work for the government’s submarine cable project. The project was carried out by India’s Reliance Jio.

The agency said in a statement that information provided by ocean Surveyor establish the USBL poles on the HiPAP system and the multibeam echosounder on the ship touched the reef.

EPA said that an underwater survey of the area conducted in collaboration with the Coast Guard showed it caused damage to the reef.

The owner of the ship was fined MVR 198,112.73 for damage to the reef under the Regulation on Fines and Compensation for Environmental Damage.

The ship’s local agent, Antrac Holding Pvt. Ltd. was told to settle the fine within 30 days on Tuesday, May 3.