Siyam funds development of an additional mosque at Kudafari 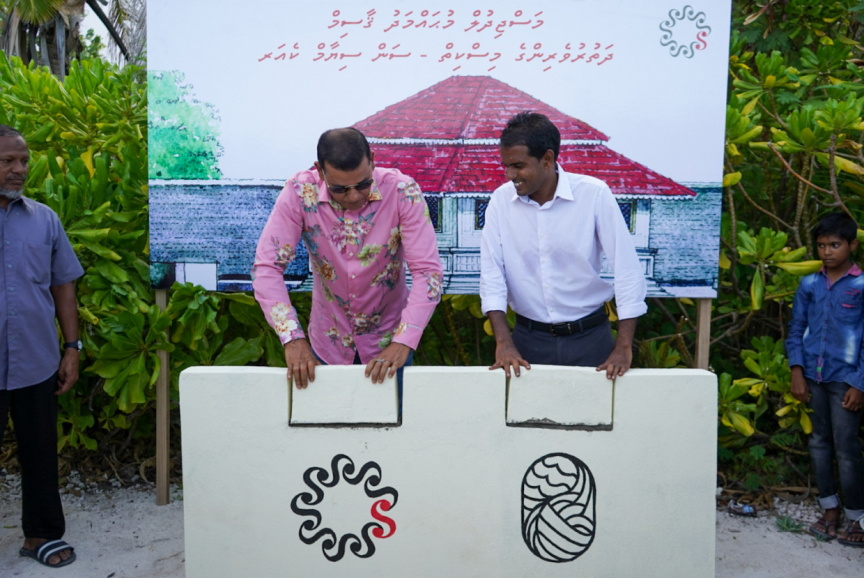 Foundation has been laid for an additional mosque funded by renowned entrepreneur, parliamentary representative of Meedhoo constituency Ahmed Siyam Mohamed at his birth island N. Kudafari on Friday.

The mosque bestowed the name ‘Masjid-al Mohamed Qasim’ is being built at Kudafari harbor area, especially for travelers.

The foundation for the mosque was laid down at a special ceremony held on the island today, by the funder himself; local tourism household brand, Sun Group’s Chairman Siyam. A special du’aa was also made during the ceremony.

Speaking at the ceremony, Siyam said that the work commenced today on the mosque is the response to a pertinent request of Kudafari residents.

“Therefore, today is a joyous occasion for Kudafari residents,” he added.

The design of the mosque able to accommodate approximately 100 people is based on Kudafari’s former Friday Mosque. It will have a bathing area and resting area for travelers.

Kudafari Council reports that the mosque will be completed and inaugurated for public use within the next five months.

At present, there are two mosques in Kudafari. One of them, Masjid-al Shameema Abdulla, was funded by Siyam in the memory of his mother. The second one is a mosque built by the people of Kudafari.

Masjid-al Shameema Abdulla which was brought into use in 2012 accommodates over 750 worshippers at a time. Moreover, the mosque boasts a special space for female worshippers, an area for a Quran class and a bathing house for dead bodies.

Built on a color palette comprising completely of shades of orange – Masjid-al Shameema Abdulla, unlike other mosques, has a small park named ‘Shameema Hiyaa’ in its compound. The mosque also has a ‘safe terrace’ which is designed to accommodate inhabitants of the islands during major disasters such as tsunamis.

Apart from this, the mosque also has a water fountain and a minaret.