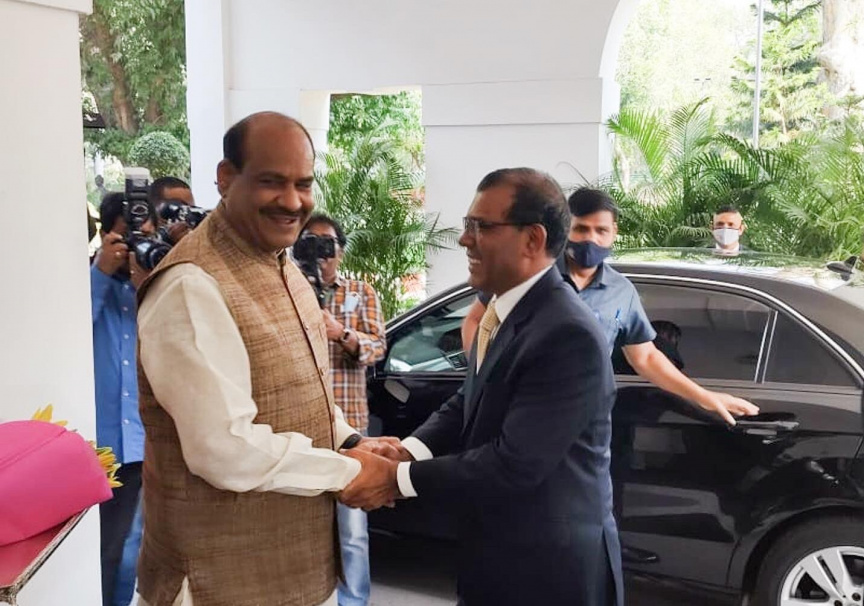 Speaker of People’s Majlis of Maldives, former President Mohamed Nasheed, who is in Delhi to attend the 7th Raisina Dialogue, paid a courtesy call of the Speaker of Lok Sabha of India, Om Birla on Wednesday.

At the meeting, the two leaders agreed that regular dialogue between the parliaments of the two countries would be helpful in effective functioning of democratic institutions.

Speaking on the need to further enhance parliamentary diplomacy between the two countries, Birla announced that an India-Maldives parliamentary friendship group would be constituted soon.

Highlighting the longstanding relations between Maldives and India, Birla said both countries believed in regular form of government, and that regular dialogue between the parliaments of democratic countries would be helpful in strengthening democracy and effective functioning of democratic institutions.

Both Birla and Nasheed also discussed the successful implementation of the Memorandum of Understanding between the parliaments of the two countries on increasing cooperation in digitalization, archives and legislative drafting.