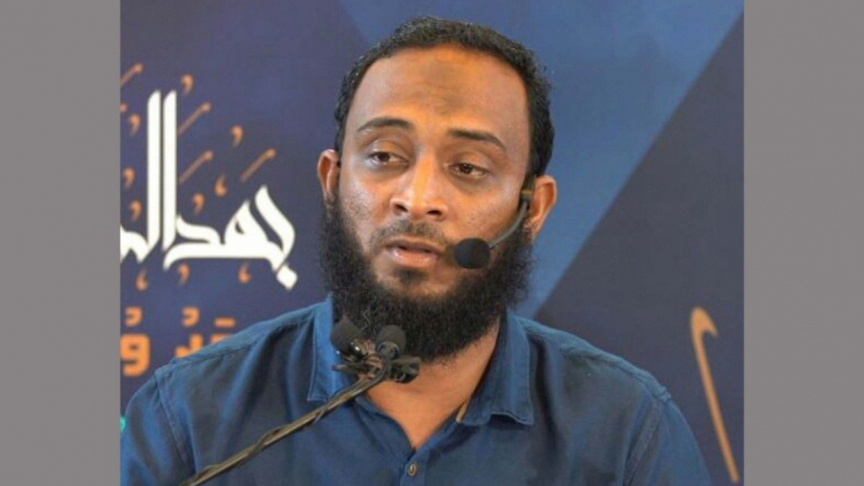 Education Ministry has informed Sheikh Zamzam Farish, a hadith teacher at Arabiyya School, that he was suspended without pay by mistake.

Zamzam told Sun he received a second letter informing him of his suspension on Sunday, which said that he would continue to receive his salary during suspension.

He said that the Education Ministry, in a message attached to the letter, said he was told that he had been suspended without pay in the previous letter by mistake.

Zamzam said that he had been summoned for a meeting with the Education Ministry on Monday, to provide a statement in the case.

Zamzam was suspended last Thursday in response to a tweet he wrote criticizing the presidential decree banning the ‘India Out’ movement.

He was told in his notice of suspension that his actions violated the code of conduct, role and responsibilities of a civil servant.

Zamzam, in his tweet, wrote that he failed to understand the threat banners to protest against Indian military presence in Maldives posed to national security, when reports written against Islam weren’t deemed a threat.

President Ibrahim Mohamed Solih said in his decree that the ‘India Out’ movement was a deliberate attempt to hinder the longstanding relations between Maldives and India, and international efforts to maintain security in the region.

He said that incitement to hatred against a specific country put Maldives at risk of loss of peace and stability, huge economic and social burden, and isolation in the international arena.