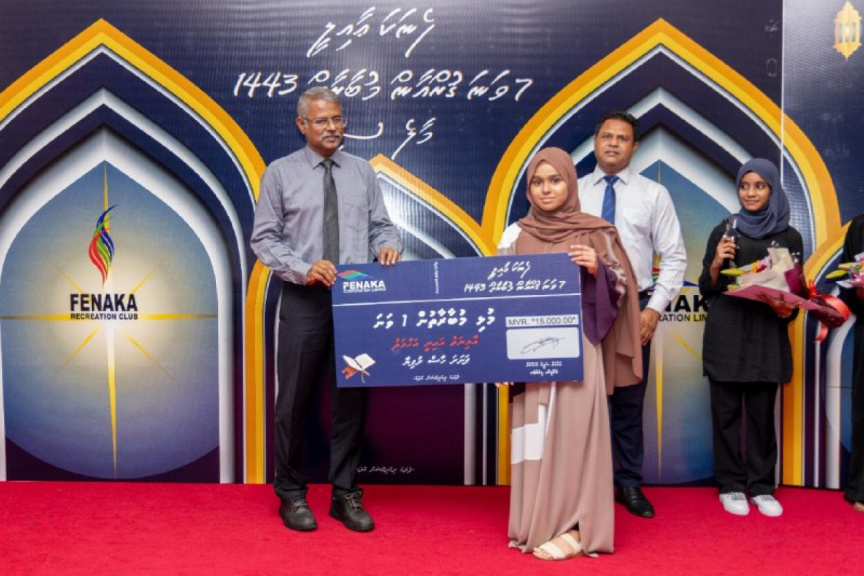 The Fenaka Family Quran Competition is an annual competition held for the families of the corporation’s employees.

Fenaka said the competition was introduced by the corporation's Recreation Club, at the initiation of Managing Director Ahmed Saeed Mohamed, back in 2019.

The competition was held in Male’ City and two more regions this year.

The closing ceremony was held on Saturday evening.

The competition this year was held with bigger cash prizes. First, second and third place winners were selected from each region, winning trophies and a MVR 15,000, MVR 10,000 and MVR 5,000 cash prize, respectively.

Aeroflot to resume flights to Maldives on May 13