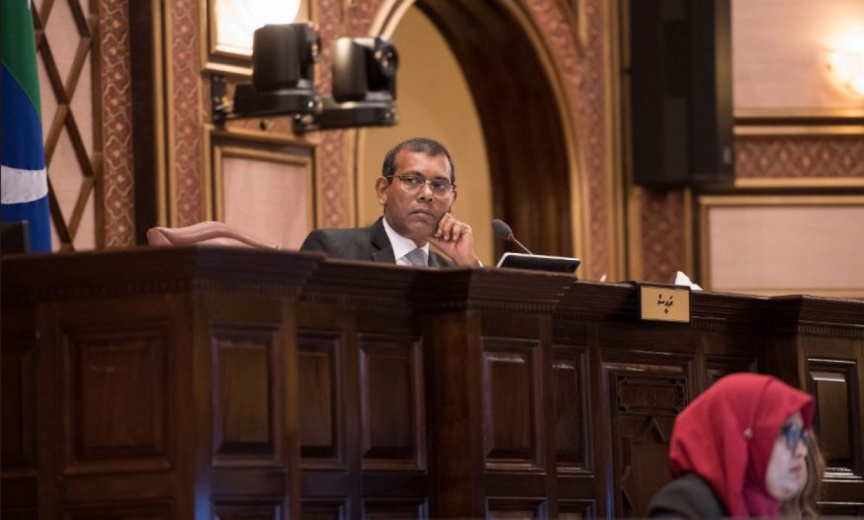 Parliament Speaker, former President Mohamed Nasheed has expressed concern over the low turnout for football matches, despite the heavy spending on football.

Sports Minister Ahmed Mahloof was summoned before the Parliament for questioning on Monday morning. During the session, Mahloof was asked by Kurendhoo MP Abdul Ghanee Abdul Hakeem regarding efforts to develop sports talent.

Mahloof responded that the government was engaged in multiple efforts to develop sports, including infrastructure development. He said that the top priority was to host international competitions.

Noting that Maldives was set to host an international table tennis tournament next month, Mahloof invited members of the Parliament to spectate the tournament.

“It is my sincere wish to have all of your come and support the national team,” he said.

In response to the invite, Speaker Nasheed encouraged parliamentarians to attend the tournament.

He also commented that he recently watched a football match on TV, and noticed there weren’t any supporters at the stadium.

Nasheed said he found it concerning, especially given the heavy spending on football.

“I sat watching a football match on TV. The number of supporters were fewer than the people there to water the field. There weren’t any supporters there. But we are spending heavily on this,” he said.