Deputy Speaker Eva: I refuse to pay attention to ridicule for advocating for women’s rights 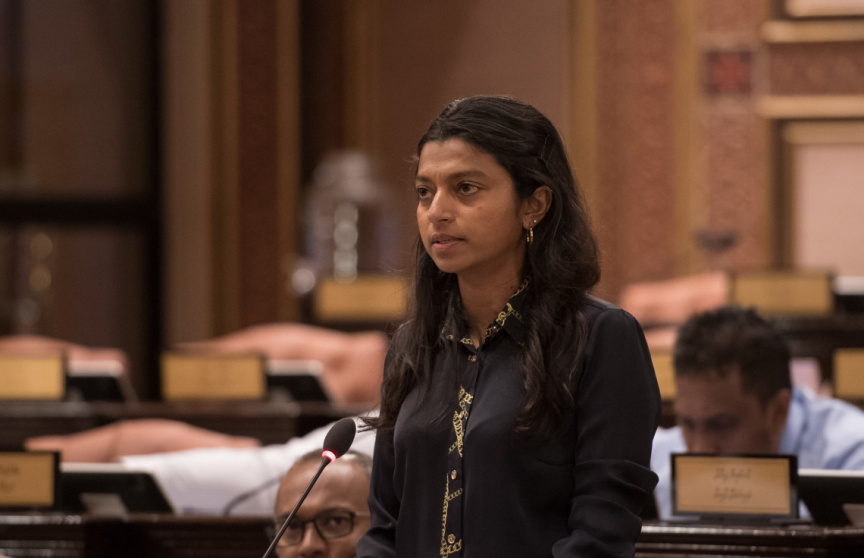 Deputy Speaker and North Galohu MP Eva Abdulla said on Wednesday that she refused to pay attention to ridicule and harassment from her male counterparts for advocating for the rights of women.

Eva, who is among one of four female members of the 87-member Parliament, has submitted a resolution seeking solutions to challenges faced by female councilors and women’s development committees.

The debate on the resolution closed on Wednesday afternoon.

During the debate, Eva said that she had faced ridicule and harassment from some parliamentarians after she submitted the resolution.

Eva said that she still found such ridicule, even as she neared 20 years of service in politics, disturbing, but refused to back down.

“Despite how much ridicule I might attract for submitting this resolution for the sake of women, to advocate for women, to empower women, honorable speaker, I refuse to bow down and I refuse to back down,” she said.

Eva said that she had received complaints of retaliatory action against female councilors and members of women’s development committee after she submitted the resolution.

She urged authorities to investigate.

Future involvement of women in politics depends on our actions today, she said.