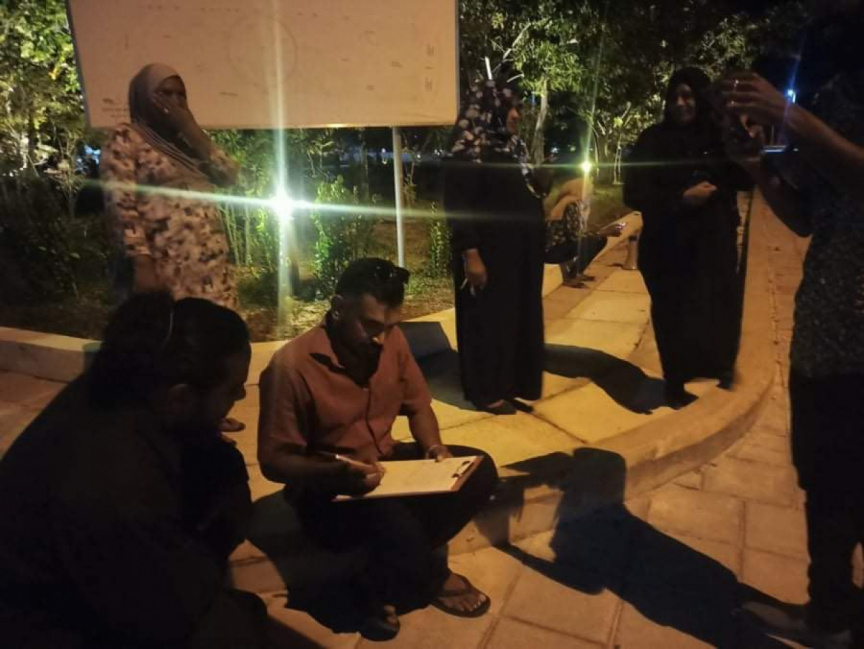 Residents of Addu City have begun gathering signatures for a petition demanding the release of Amindhiye (Amindhatha), a 59-year-old custodial worker at a school in the southern Maldivian city who was arrested for the sexual abuse of a six-year-old student in March.

Amindhiye’s family, along with a large number of Addu residents believe she was wrongfully arrested. They allege the victim identified her abuser to investigators as her grandfather.

A resident involved in organizing the protests told Sun on Sunday night that the government and leaders of Addu had failed to listen to the sentiments of the protestors, and they were therefore preparing a petition.

“We are preparing this petition to submit to government institutions. We will submit this to Maldives Police, Gender Ministry, the Parliament, and Addu City Council and Human Rights Commission,” he said.

The petition gathered 100 signatures within 30 minutes of its launch.

Protests continue outside the Hithadhoo Police Station after Tarawih prayer each night. They insist they will not stop until the victim and Amindhiye receive justice.

Hithadhoo Court has ordered for Amindhiye to be jailed pending the outcome of her trial. Her family said the victim named her grandfather as her abuser after the court made the decision.

A police spokesperson previously told Sun that the police did not have sufficient evidence to suspect any other individual in the case.

However, the police said it was an open investigation, and that police will take action against additional individuals, if necessary, based on new findings as the investigation develops.