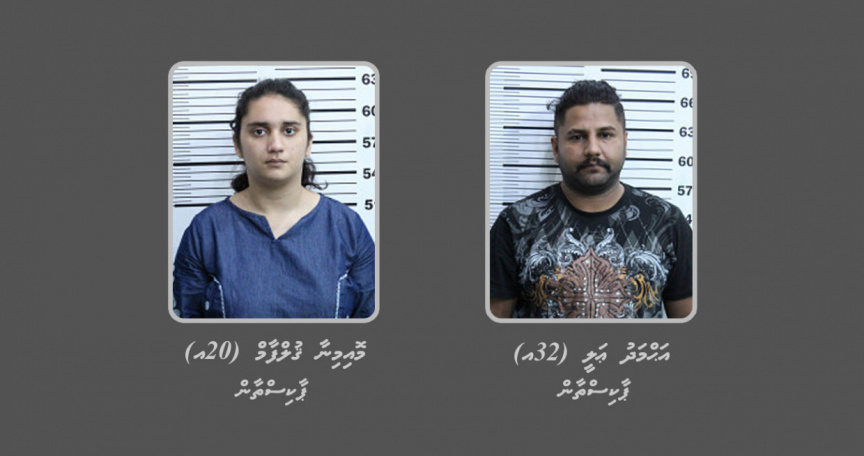 Speaking about the case, a media official from the Police stated that a joint operation was conducted by their Drug Enforcement Department and Tourist Police, after receiving information about an attempt to smuggle drugs.

During the operation conducted on March 25, Moimina Gulfam 20, and Ahmed Ali 32, were arrested from Velana International Airport (VIA).

Police further revealed that drugs were found on their bodies as well as on their belongings.

In addition to this, Police stated that both have been remanded for a period of 15 days.