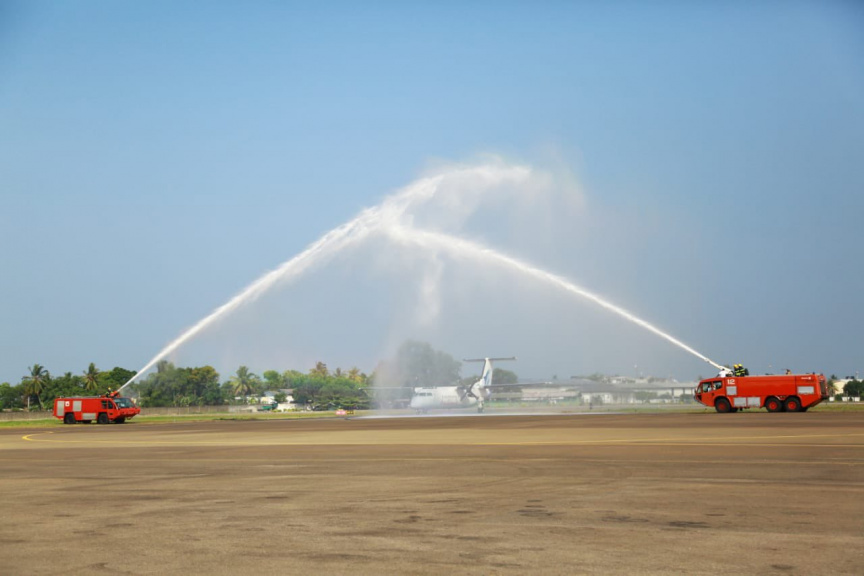 The inaugural flight from Male’ to Colombo landed at the CIAR to a celebratory water cannon salute on Sunday, marking the first international flight to land at the airport in half a century.

Maldivian states it will be operating three weekly flights to Ratmalana, on Sundays, Tuesdays and Thursdays.