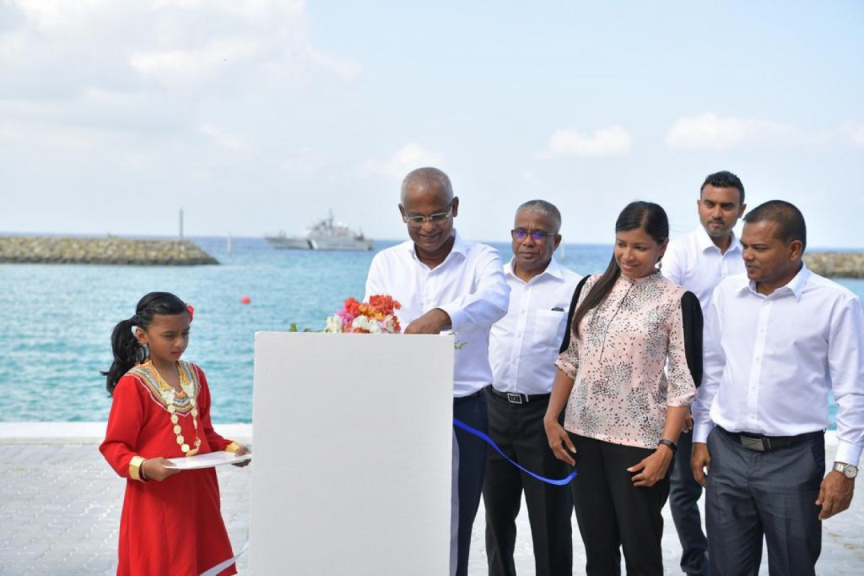 The harbors were inaugurated in separate functions held on each island on Sunday.

The Maradhoo Harbour project was carried out by Maldives Transport and Contracting Company (MTCC).

The project involved harbor dredging, construction of a sand fill breakwater, a 340-metre revetment and a 276-metre quay wall, along with construction of pavements and light installation along the harbor area.

The President and First Lady are currently in Addu City as part of a four-day trip to Maldives' southern cities.

42 kilo drug bust: Ahmed Hussain claims he was set up