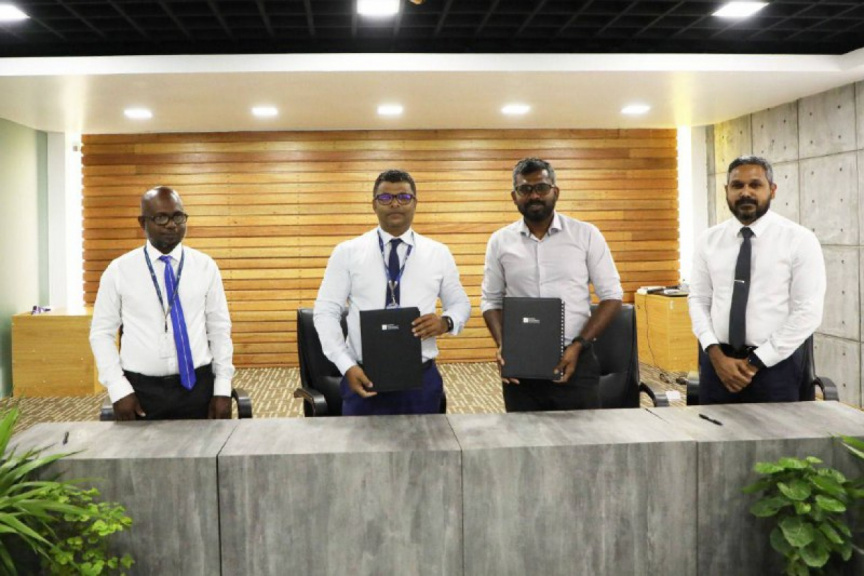 A lease agreement has been executed between Maldives Ports Limited (MPL) and Housing Development Corporation (HDC) for the lease of land to be used for the expansion of Hulhumale’ International Terminal’s container yard capacity.

MPL detailed that they would be renting the land next to Hulhumale’ International Terminal under the agreement signed yesterday – which will be used to store empty containers in a move to solve the lack of storage space currently faced.

They said that the newly acquired land measures over 120,000 square feet, and will have the capacity to store over 2,000 containers.

Noting that an increase in the number of goods imported to the country is expected during the month of Ramadan, MPL said that the issue of lack of storage space at Male’ Commercial Harbor leading to delays in unloading of goods will also be solved.

The company also underscored that they were preparing to increase the number of goods imported during Ramadan by establishing mechanisms for the quick unloading of goods.

MPL reiterated that their aim is to quickly unload goods and deliver them to customers at the earliest.