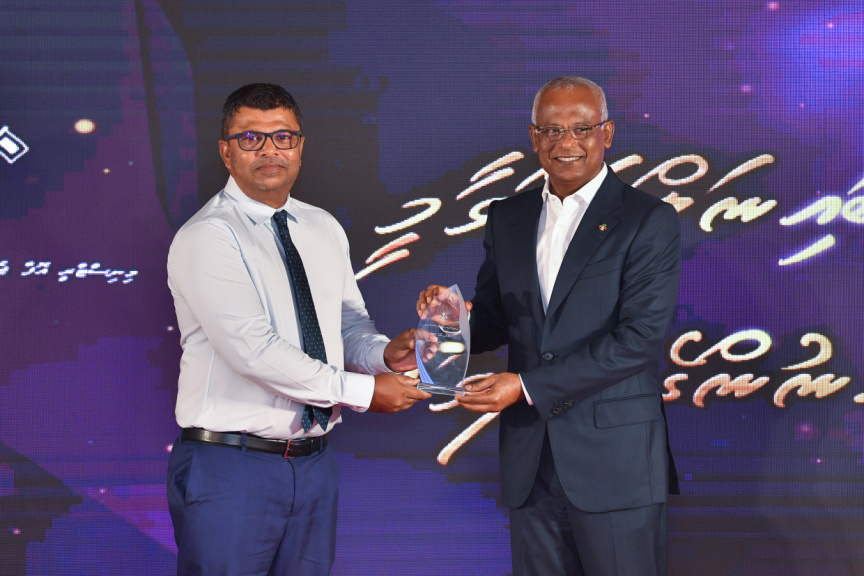 Maldives Ports Limited (MPL) won the Rehendhi Award 2022, in recognition of the company’s efforts to promote gender equality as an employer.

MPL’s CEO Shahid Ali accepted the award on behalf of the company at the official ceremony to celebrate International Women’s Day held on Tuesday evening.

MPL has been one of Maldives’ top employers since its establishment in 1985. The company has engaged in multiple efforts to promote the inclusiveness of women throughout its long history. MPL conducted heavy vehicle training courses for women in 2019 and 2020, and recruited women for various positions within the company.

The involvement of female employees is also high within various committees within MPL.

Women lead four committees within MPL, and the company works actively to make its budget gender responsive. The company has a budget specifically to train women, and plays special importance to improving the skills of female employees.

The company has drafted and implemented polices and regulations to mainstream gender, and encourages female employees to take part in social and community programs.

MPL prioritizes offering educational and training opportunities for women, and engages in efforts to ensure gender equality at the workplace.