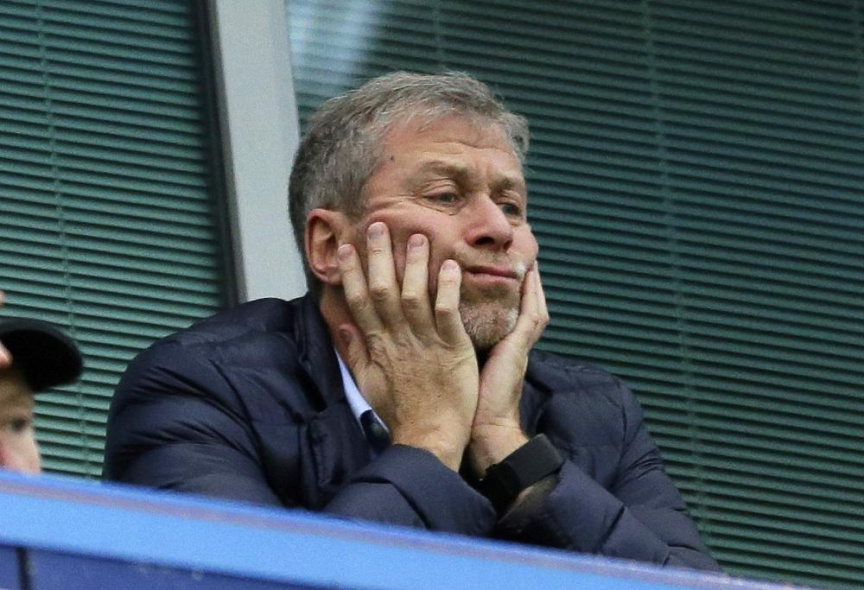 The EU included the Russian oligarch in its updated list of individuals facing assets freeze and travel bans over their role in the Russian invasion of Ukraine.

The 55-year-old Abramovich had already been punished in Britain by Prime Minister Boris Johnson’s government last week. The aluminum magnate was among seven wealthy Russians who had their assets frozen under British sanctions in response to Russia’s invasion of Ukraine.

Abramovich has also been suspended as director of the Premier League club.

The EU said Abramovich “has had privileged access to the (Russian) president, and has maintained very good relations with him. This connection with the Russian leader helped him to maintain his considerable wealth.”

The European Council added 15 individuals and nine entities to its list of people and bodies sanctioned.

According to the 27-nation bloc, Abramovich’s connection with Putin helped him maintain his fortune, while the oligarch’s economic activities provided substantial revenues to the Russian government.

“He is a major shareholder of the steel group Evraz, which is one of Russia’s largest taxpayers,” the European Council said. “He has therefore been benefitting from Russian decision-makers responsible for the annexation of Crimea or the destabilization of Ukraine.”

In addition to his Russian passport, Abramovich also holds Portuguese citizenship, so it was unclear how a travel ban within the EU would affect his capacity to move freely in the region.

The EU sanctions against Abramovich were announced a day after a BBC investigation revealed new evidence about alleged corrupt deals that made the Russian businessman’s fortune.

Abramovich’s lawyers said there is no basis for alleging he has amassed very substantial wealth through criminality.

Following a meeting of EU heads of state and government last week, the bloc decided to impose a fourth package of measures in retaliation for Russia’s invasion

The European Council said it decided to sanction “key oligarchs, lobbyists and propagandists pushing the Kremlin’s narrative on the situation in Ukraine.”

The sanctions on Abramovich are also affecting his soccer club. Under the British government action, Chelsea will operate through the end of this season with a special “Russia Regulations” license that among other restrictions prohibits the team from selling new tickets or merchandise, or signing new players.

The club’s future was already in doubt before Abramovich, whose $2 billion investment in Chelsea over 19 years transformed the team into a force in European soccer, was sanctioned. He had put the club up for sale amid growing calls that sanctions be imposed on a person the government has labeled a “pro-Kremlin oligarch” linked to “destabilizing ... undermining and threatening” Ukraine.

EU officials said the bloc doesn’t have plans to impose sanctions on Chelsea.