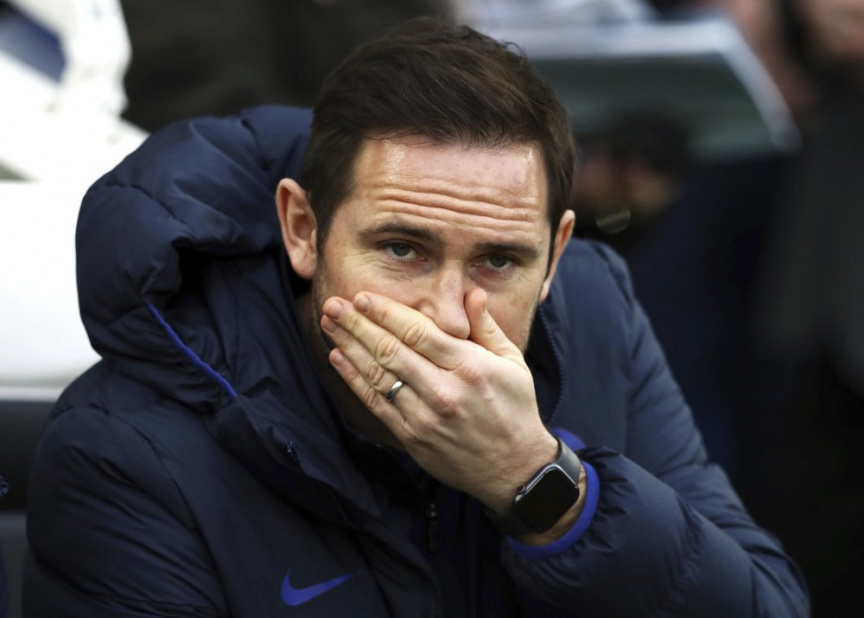 LONDON (AP) — Chelsea manager Frank Lampard is keen on bringing more experience into his squad now that the club’s transfer ban has been lifted.

That could mean a bid for Paris Saint-Germain striker Edinson Cavani.

The 32-year-old Cavani wants to leave PSG after 6½ years at the French champions, and Lampard said Monday he is a fan of the Uruguay international.

“He’s a great player,” Lampard said. “I played against him and I always loved his mentality and attitude, and obviously his goalscoring record speaks for itself.

“I’m not absolutely aware of what the situation is, so we’ll see.”

Lampard has relied on youngsters like Tammy Abraham and Mason Mount in his first season in charge of Chelsea, which was banned by FIFA from registering players in the summer and January transfer windows for breaking transfer rules that protect youth players.

Chelsea won an appeal at the Court of Arbitration for Sport in December to have the transfer ban overturned, so Lampard can bolster his squad this month if he wishes as his team look to consolidate its place in the Premier League’s top four to qualify for next season’s Champions League.

“We are young and we know about the transitions,” Lampard said. “The idea of bringing in experience is something I’m certainly not absolutely looking away from.

“Because sometimes the young players need a little bit of help, and if that’s the case then that may help us.”

Fourth-place Chelsea has only won three of its last eight league games, and is five points clear of fifth-place Manchester United with 15 games left.

Chelsea hosts Arsenal, which is 10 points back in 10th place, on Tuesday as part of a rare midweek round of league games.