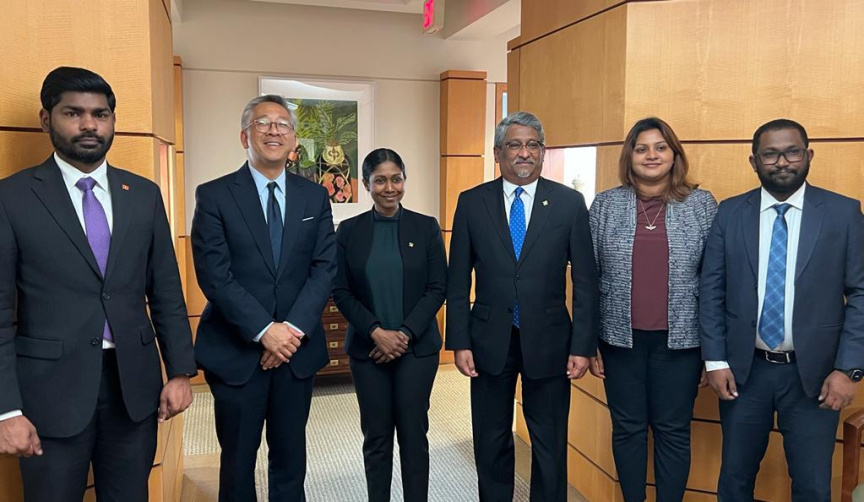 Minister of State for Foreign Affairs of Maldives, Ahmed Khaleel (CR) meets Assistant Secretary of State for the Bureau of South and Central Asian Affairs of the US Department of State, Donald Lu (2nd L) in Washington D.C., US, on March 12, 2022. (Photo/Foreign Ministry)

The meeting took place during Khaleel’s visit to Washington D. C. on Saturday.

According to the Foreign Ministry, discussions during the meeting with Lu focuses on enhancing the traditionally close bilateral partnership between Maldives and the US, and global matters of mutual interest.

Khaleel and Lu also discussed the establishment of a resident US Embassy in Maldives, as well as expanding cooperation in the fields of education, environment and climate change and economic cooperation.

Meanwhile, during the meeting with Dell, Khaleel noted the significant role played by USAID to improve resilience of individuals and communities in the Maldives.

Khaleel and Dell also reviewed ongoing programs by USAID in the Maldives, and discussed the enhancement of collaboration on development assistance programs funded by USAID.