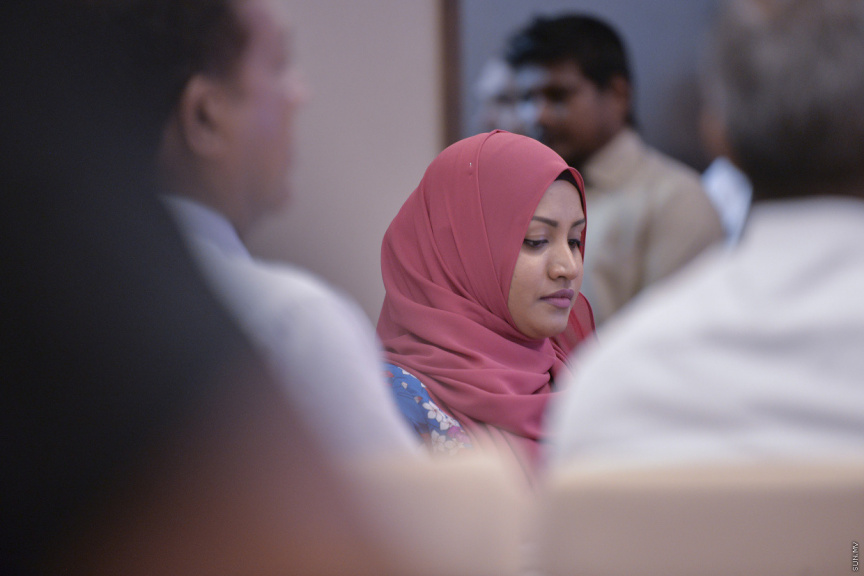 Ministry of Transport and Civil Aviation has decided to commence discussions with relevant authorities to make a decision on taxi drivers’ demands.

Taxi centres operating in the greater Male’ region have gone into protest after from Thursday 13:00 PM onwards, after stating that the Transport Ministry did not provide an adequate response to their demands.

Nearly an hour into the protest, the ministry sent a message to all media, stating that the ministry will solve the issues put forth by taxi drivers, and will come to a decision after discussions with shareholders.

According to the taxi drivers, even after the ministry-initiated meeting held on Wednesday, March 9, they did not get a direct response regarding fares.

Representatives from a total of 16 taxi centres took part in the two-hour-long meeting, during which concerns were shared with the Minister of Transport Aishath Nahula.

They relayed that their demands remain unchanged, and would go into protesting if clear answers are not received by Thursday. They also added that some drivers will protest, while others taxi, but will be charging the fares proposed by them.

A representative from taxis, Ahmed Shamaal spoke to Sun, stating that their main concern was not having the independence to set their own fares.

“These centres are run as a business, with two permits from the Economic Ministry and Telecommunications Authority. There should be no influence of the government in the system of business,” he had said.

Taxi centres operating in Male’ region came together earlier this month and made the decision to increase fares from March 10 onwards.

Following this, the Transport Ministry stated that fares cannot be changed in that manner, and action will be taken against those who do so.

Moreover, Maldives Police Service also said that action will be taken against those who do not use ministry-approved rates.

With the recent hike in fuel prices, Taxi centres have previously also met with Transport Ministry requesting necessary arrangements to expedite the installation of taximeters as soon as possible and to raise taxi fares until such time, in light of the current situation.