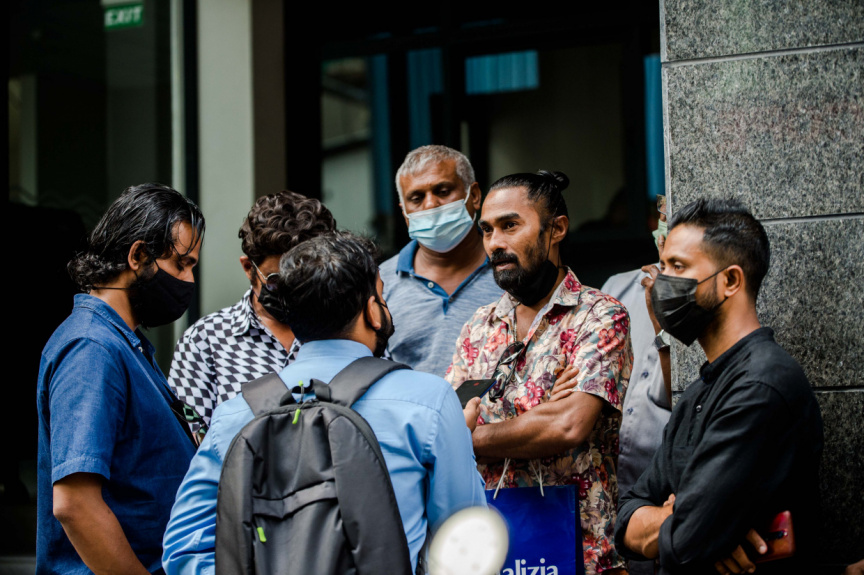 At the request of Transport Ministry, taxi centers operating in the greater Male’ area have met with the Ministry to discuss the issue of taxi fares. Following the meeting, taxi centers reported that they received no direct response from the Ministry regarding the issue.

Representatives from a total of 16 taxi centers took part in the meeting held this afternoon, which was about two hours long.

One of the representatives, Ahmed Shamal told Sun that the concerns of taxi centers were relayed to Transport Minister Aishath Nahula at today’s meeting.

He also stated that the demands of taxi centers have not changed. On this note, he detailed that should they receive no clear answer by tomorrow, some drivers will cease taxiing whereas the drivers who will remain taxiing will be charging the fares proposed by taxi centers.

“Drivers have the discretion to taxi or not to taxi. That is not something centers nor the government has control over,” he added.

Shamal stressed that the main demand of taxi centers is having the independence to set the taxi fares in their capacity as the service provider.

“These centers are run as a business, with two permits from the Economic Ministry and Telecommunications Authority. There should be no influence of the government in the system of business,” he had said.

Shamal also noted that 11 additional points of concern of taxi centers were shared with Ministry.

“In this regard, we have underscored that amongst those working in this sector, including those involved in air travel and sea travel, Ministry only interferes in setting fare charges for taxis with yellow boards,” he detailed.

“For example tinted glass. The glass of most cars being manufactured nowadays will have some sort of a black tint. Despite this, such cars cannot be registered and operated as a taxi,” he explained.

Shamal noted that Minister Nahula had stated that the Transport Ministry’s vision is to improve the taxi transportation sector, and will work on addressing the concerns shared by taxi centers.

An owner of another taxi center said that an official from the Ministry had stated that action will be taken should any own changes to fares be made, and that a statement will be released soon.

With the recent hike in fuel prices, Taxi centers have previously also met with Transport Ministry requesting necessary arrangements to expedite the installation of taximeters as soon as possible, and to raise taxi fares until such time, in light of the current situation. The timeframe given by taxi centers for the Ministry to make a decision on the matter will expire tomorrow.

Transport Ministry was not immediately available for comment, despite repeated calls from Sun to the Ministry’s media official.