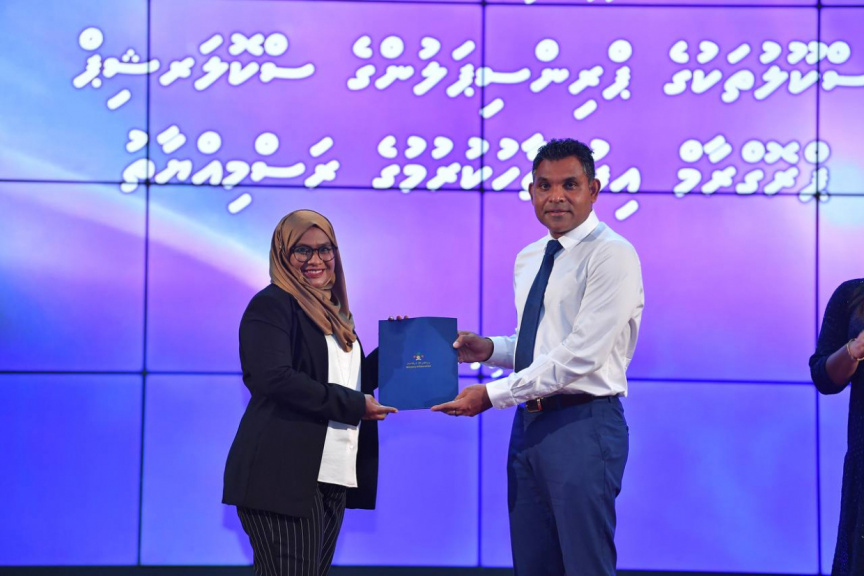 Whilst all expenses are covered by the government under this scholarship program, 20 principals who are recipients of the scholarship were presented their award letters. They are set to depart to Malaysia this month, to commence their courses.

In this regard, they will complete their Masters of Management from Malaysia’s University of Malaya, and return to work as principals in Maldivian schools in next year’s April.

Although efforts to acquire principals have been initiated on different occasions at different regions in the Maldives, it has not been carried out in a manner that could lead to permanent solutions. As a result, none of 216 schools being operated by the government had principals in place at the same time. At present, there are 53 schools without permanent principals – whereas only 75 individuals from those working as principals have undergone the necessary training.

Speaking at the inaugural ceremony held at Iskandar School last night, VP Faisal said that a country so small such as the Maldives can only be developed if a productive generation is produced, adding that the education sector plays the most significant role in achieving this.

Noting that a long time has passed without individuals who wished to pursue careers in education sector getting that opportunity, VP Faisal stressed that such training programs need to be carried out continuously without halt.

O’ Level exam for the year commence with 5,939 students

'Priority to education evident from all directions'