137 local students at Belarus, to request switch to online classes with Belarus government 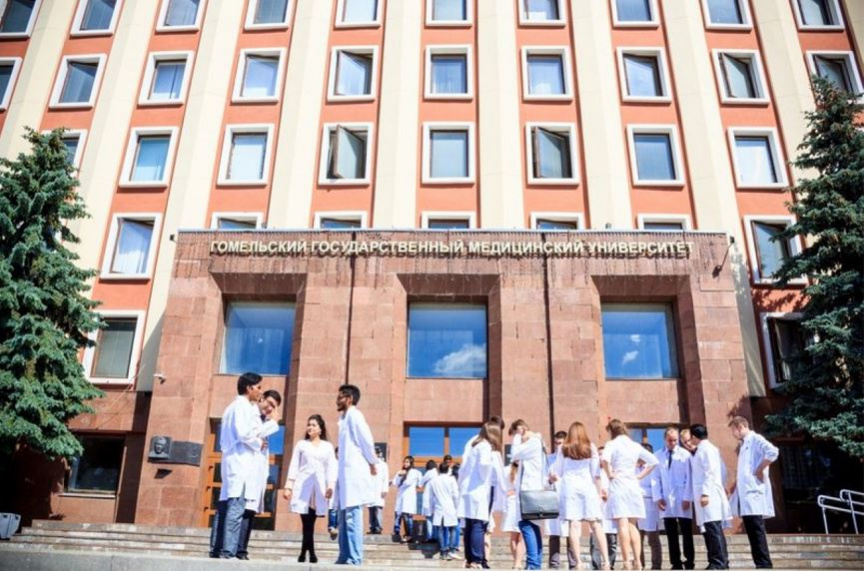 Students gathered outside a university in Belarus. (Photo/Abroadiversity)

Parents of local students studying at universities in Belarus have requested the Maldivian government to hold discussions with Belarus government regarding holding classes online.

At present, there are 137 local students in Belarus pursuing their higher education in the field of medicine. When the students had requested the universities to make arrangements to hold classes online, as they wished to returned to Maldives, the universities had rejected the request stating that the situation does not warrant a switch to online classes for medical courses.

Belarus is a country which share borders with both Russia and Ukraine, that are presently at war against each other. Although no event of war has taken place in Belarus, the country had been assisting Russia in different aspects. As a result, some western countries have imposed different kinds of sanctions against Belarus. A large number of Russian military personnel have been observed at the Russia-Belarus border.

“Local media outlets of Belarus have warned of possible attacks against the country. When the war first broke out, my child was not scared either. But, have now said that the matter is being discussed is being more seriously addressed in universities. That is why some students wish to return to Maldives. However, other students do not wish to return as their studies may be obstructed,” he had said.

Abdul Razzaq said that although some students wish to return to Maldives, they are unable to do so as universities have refused holding classes online. On this note, he said that universities have informed students that they would not take responsibilities for any lessons missed due to absence from class.

Maldivian government has previously decided to provide financial assistance to locals in Belarus, in returning to Maldives.

Belarus which maintains close ties with Russia, carried out joint military training with the country ahead of the war.

The economy of Belarus is also expected to take hits in light of the war.

When war broke out in Ukraine, where many local students had been studying, most of them were safely repatriated to Maldives. Only a few local students are currently stuck in Ukraine, for who the Maldivian government is working on facilitating arrangements to leave the country.