CP Hameed praises Sargent Areesh; says will not back down on efforts to counter narcotics 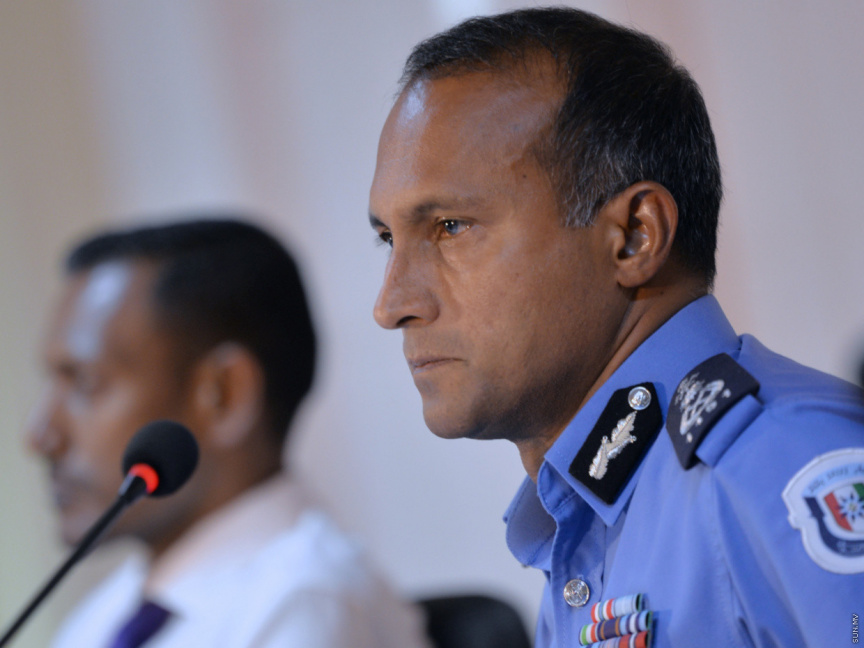 Commissioner of Police Mohamed Hameed has praised the police officer which had tried to stop a drug dealer at N. Miladhoo.

A police officer who had tried to stop a drug dealer at Miladhoo, was threatened, and later on, his motorbike torched.

In a tweet made after the incident today, CP Hameed said that he personally talked to Milladhoo Police Desk In-Charge Sergeant Mohamed Areesh.

“I am extremely proud of him for his courageous and diligent work to keep the community of Miladhoo safe,” he added.

CP Hameed said a senior investigator will be sent to the island from police headquarters in order to investigate the case.

“Efforts to counter narcotics at island level and national level will proceed. We will not back down,” he also said.

Police said that three men have been arrested under a court order tonight, in connection to the case. They identified the suspects as three Maldivians; one who is 22-years-old, one who is 27-years-old and one who is 31-years-old.

CCTV footage of the motorbike being torched has gone viral on social media.

The footage first shows a motorbike that is parked inside a house. Then, an individual whose face is covered comes inside the house, scans the surrounding for people before pouring petrol over the motorbike.

After the individual leaves, two other people are seen entering the house and lighting the motorcycle on fire.