Gan Hospital: Cesarean patient did not have blood vessel severed 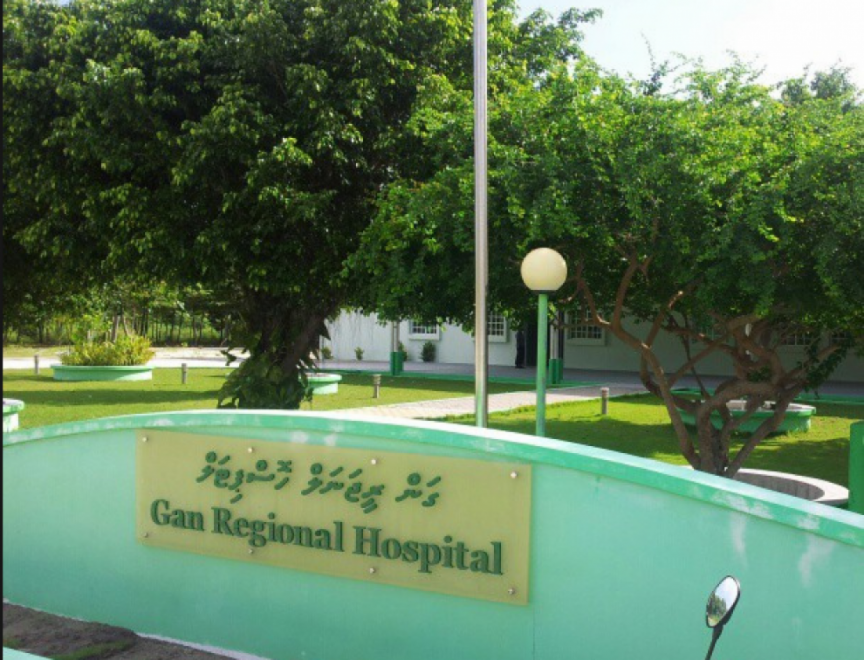 L. Gan Regional Hospital states that the woman in critical condition after undergoing a cesarean birth at the hospital last week on Thursday did not have a blood vessel accidently cut, and that the vessel had reopened due to high blood pressure.

A 35-year-old local woman underwent a cesarean birth at the Gan Regional Hospital on Thursday, February 10. She is currently being treated at the Intensive Care Unit of Indhira Gandhi Memorial Hospital in Male’ City.

Shiyam said that he hadn’t received any official information regarding the woman's condition since she was transferred to IGMH, but heard through several people that her condition remained serious.

“I heard that the kidney function is especially low. That's not official information,” he said.

Shiyam said that the woman's condition worsened due to a complication during the cesarean she underwent to give birth to her third child. He said that the incident was incorrectly reported in the media.

“There wasn’t any issue with the blood vessel. It wasn’t about a vessel getting severed. Actually, some people misunderstood when the doctor delivered the information,” he said.

“That’s what happened. When the stomach is cut open, there are small blood vessels inside the flesh. The vessels are repaired before the stomach is stitched closed. The doctor said one of the vessels that was closed reopened, that it could be due to high blood pressure. That it led to internal bleeding. There was no further issue with blood vessels,” he said.

Shiyam said that due to the internal bleeding, the woman's organs couldn’t receive the oxygen they needed, resulting in liver and kidney issues.

Woman in critical condition in Gan after C-section