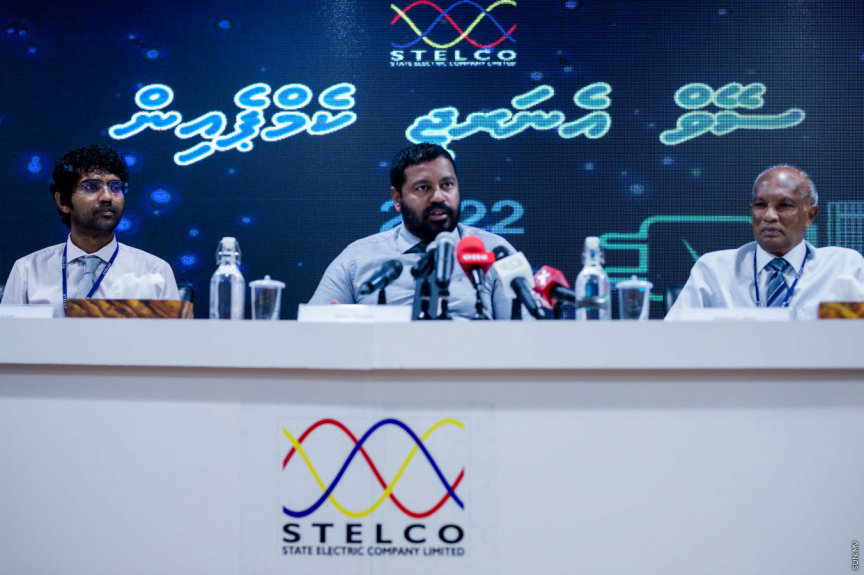 State Electric Company (STELCO) has commenced its annual ‘Save Energy’ campaign – a campaign the company holds during the warmest period of the year when energy consumption goes up.

This year’s campaign was launched by STELCO’s Managing Director Hassan Mughnee on Sunday.

Speaking at the launching event, Mughnee highlighted on the importance of raising public awareness on energy conservation.

“This information needs to be delivered to the people through multiple platforms. The reasons why the electricity bill increases,” he said.

Mughnee said STELCO planned on sharing interactive content through social media platforms, and that images will also be displayed on STELCO ‘MaaTV’ – the LED display at STELCO headquarters.

“And we have a long-running program aimed at familiarizing school students with STELCO’s work. We will also deliver information on energy saving through this program,” he said.

Mughnee said that similar programs will be held in several government institutions.

Mughnee said that STELCO plans on holding an event for children and various competitions with cash prizes under the campaign.

STELCO states that with necessary measures, electricity bills can be lowered by 15 percent when energy consumption rises during northeast monsoon.