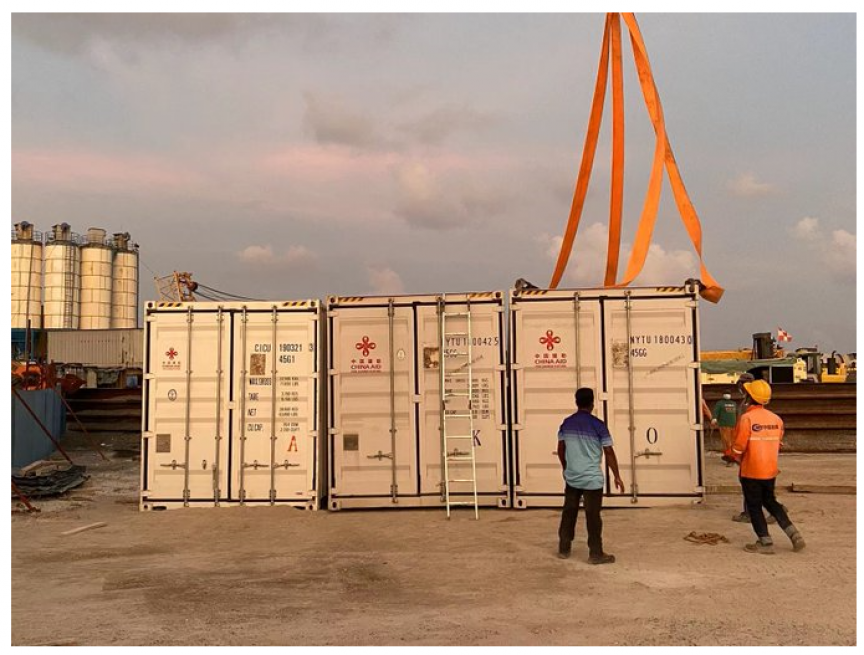 Desalination equipment donated by the government of China to Maldives. (Photo/China Embassy)

The Embassy of China revealed that the first three sets of micro-grid seawater desalination equipment donated by China arrived in Maldives.

As per the tweet from the embassy, the equipment reached Maldives on February 8.

The agreement for this project was among the key five signed between Maldives and China, during the Chinese Foreign Minister Wang Yi’s visit.

The project valued at MVR 199 million will see the establishment of additional outlets for seawater desalination in the islands; K. Kaashidhoo, Lh. Olhuvelifushi, HA. Kelaa, R. Alifushi and GA. Dhaandhoo.

The Embassy stated that the project aims to solve the issue of clean water storage in these islands.

China: Will work to carry on traditional friendship