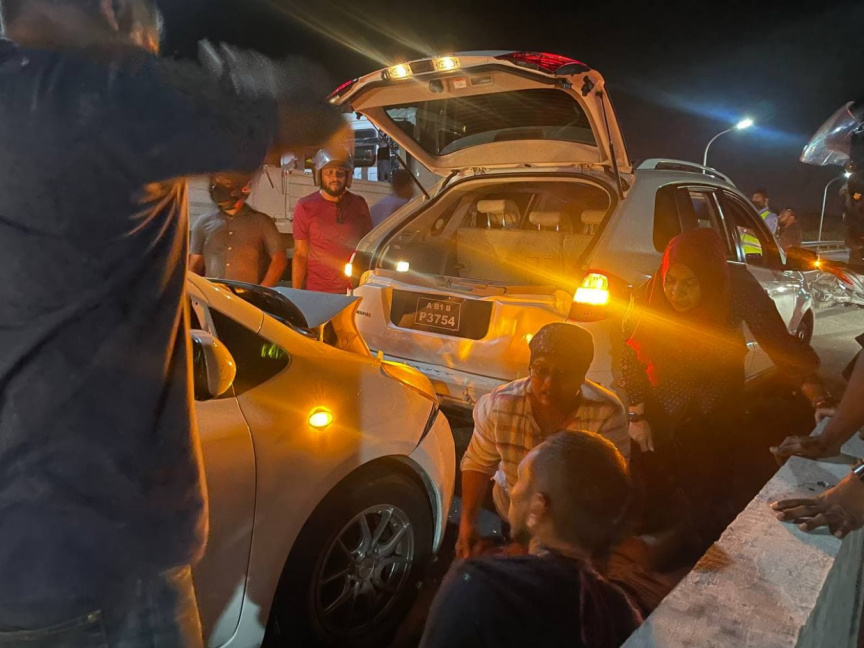 The scene of an accident at Hulhumale' highway on February 8, 2022. (Sun Photo/Muaviath Anwar)

A journalist from Sun who was at the scene of the accident detailed that the first accident had occurred after an individual who was standing behind a stopped car had been hit by another oncoming car. The journalist said that the individual has sustained serious injuries. The accident took place at around 11:00pm tonight.

The second accident involved two cars; in which the car which was behind had collided with the car in front.

The third accident involved two motorcycles. An individual who witnessed the accident told Sun that from two motorcycles which were being driven on the same lane – in which the motorcycle which had been behind having collided with the one in front.