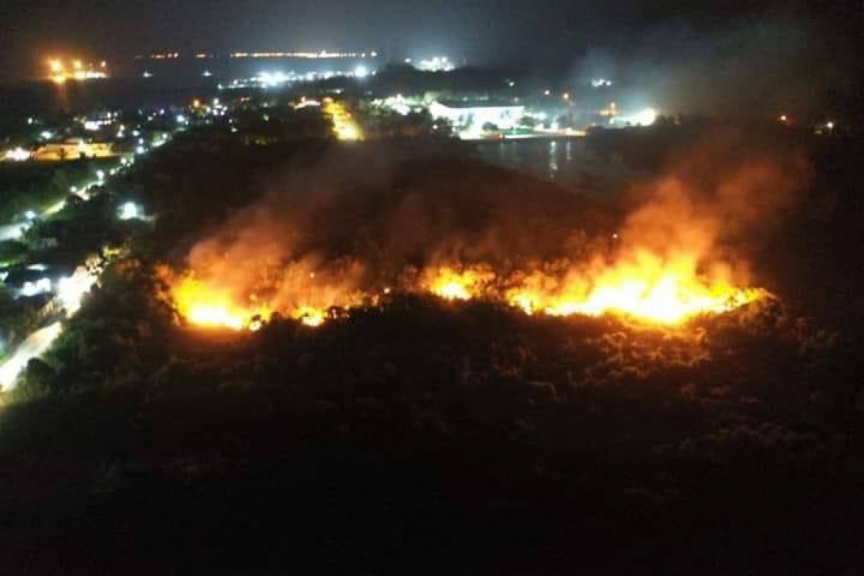 The fire that broke out in Addu City’ Maa Kilhi in Hithadhoo, a wetland area, was put out in the early hours of Tuesday morning.

Though the fire was completely put out by 4:00 am, Maldives National Defence Force (MNDF) has continued to monitor the area.

Initially breaking out at about 04:20 pm on Monday, by the time it was brought under control, the fire had spread to a large area.

Speaking to ‘Sun’ on Monday night, Addu City’s Mayor Ali Nizar said that the fire had spread to a large area. He added that putting out was proven to be a challenge since the area consists of wetlands as well.

Furthermore, the Mayor noted that although the incident took place relatively close to the Addu Equitorial Hospital, those visiting were not facing many difficulties.

“So far those visiting the hospital has not given big complaints. Only complained about the smoke.”

MNDF has yet to disclose any reason why the fire broke out.

Bid submission for 26 plots in Hulhumale’ on Wednesday