241 Committee to conduct research on ‘India Out’ campaign 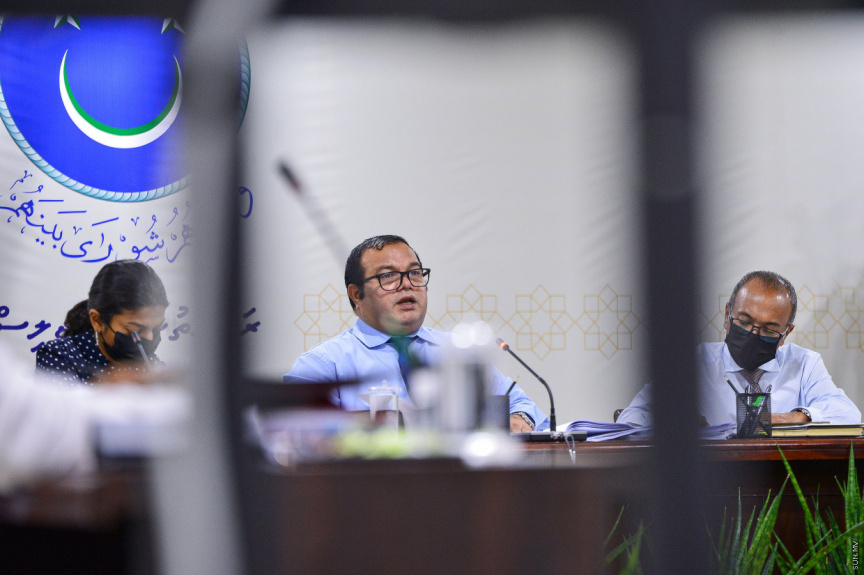 Parliament’s Security Services Committee (241 Committee) has made the decision to conduct a research on implications of the ‘India Out’ campaign.

The issue of the ‘India Out’ campaign was submitted to the committee by Parliament Speaker, former President Mohamed Nasheed.

Speaking during the committee meeting on Monday, Nasheed said the main purpose of submitting the issue was to determine the damage to Maldives from such a campaign against a bilateral partner.

“A political party can be criticized, or a specific personality can be criticized. But it is important for the commission to discuss or conduct a research on how an organized campaign by the opposition in Maldives against a bilateral partner could change its perception of and treatment of Maldives,” he said.

Nasheed asked the committee to research whether similar campaigns had happened in other countries.

“I make that request but I see potential harm befalling us from this,” he said.

The committee took a vote on how it will proceed with its work. However, none of the members proposed holding closed meetings.

Vilimale’ MP Ahmed Usham asked that such meetings be held as openly as possible.

Usham said that the situation had escalated because of the actions of the government. He said the campaign was borne out of the government’s refusal to reveal any of the agreements it made with India.

West Henveiru MP Hassan Latheef presented a motion to conduct a research as per Nasheed’s suggestion. The motion passed.