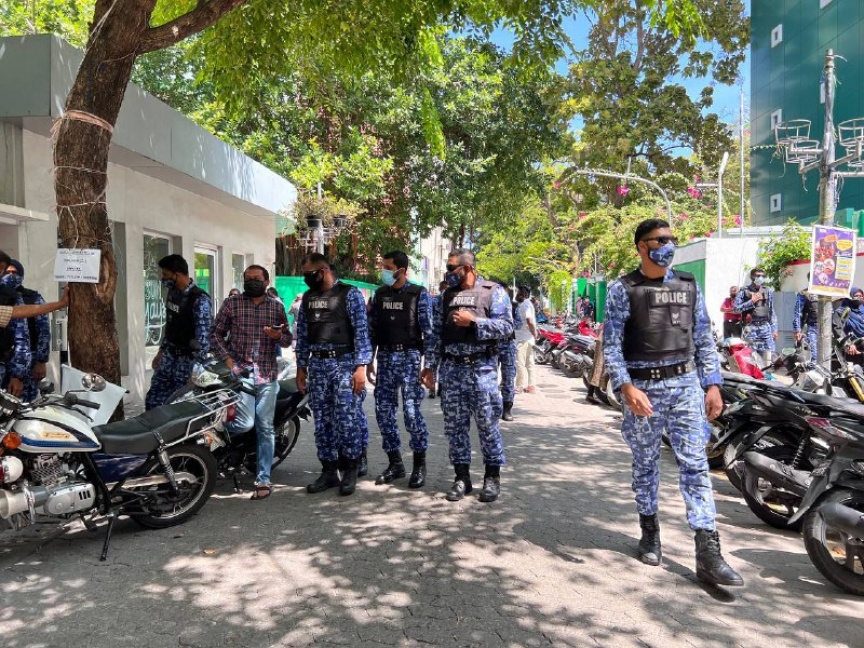 SO police deployed to control crowd gathered outside a polling station in Male' City during the Komandoo by-election on February 5, 2022. (Sun Photo/Ahmed Azif)

The opposition coalition, composed of PPM and PNC, has lodged a complaint with Elections Commission accusing the main ruling party, MDP of bribing voters with cash in the Komandoo by-election.

PPM said that MDP had reserved a restaurant near Iskandhar School – the polling center in Male’ City – was distributing cash to voters from the restaurant.

Elections Commission’s Complaints Committee head Ibrahim Hafiz told Sun that seven complaints have been lodged with them alleging influence over the Komandoo by-election.

This includes allegations of bribing voters with cash, he confirmed.

“We will look into the cases to the extent of our resources, and will investigate the cases with police if the allegations prove to be true. This is in progress,” he said.