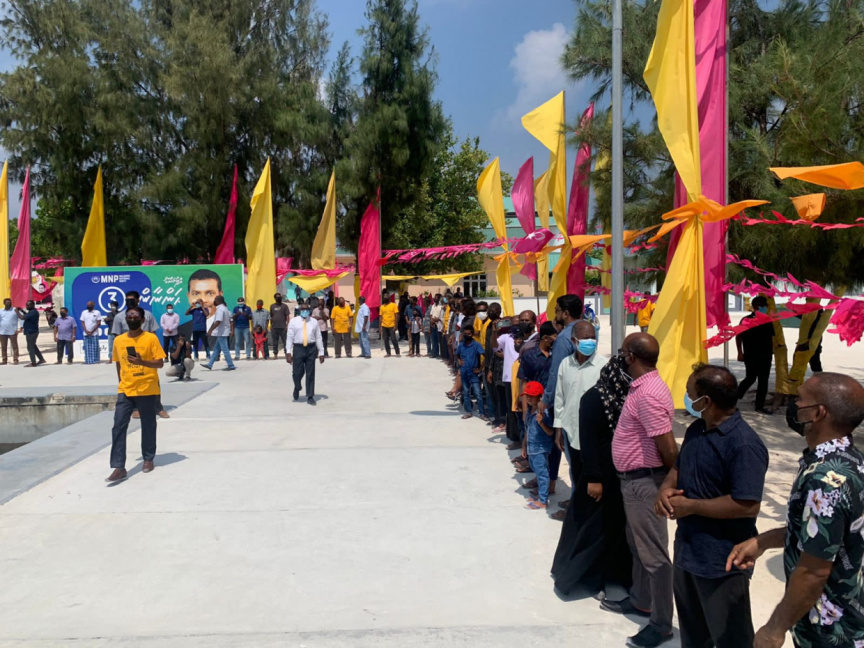 Campaigning after 6:00pm this evening, is banned.

The political parties contesting in the election scheduled for tomorrow are the main party in the government coalition, Maldivian Democratic Party (MDP), opposition Progressive Party of Maldives (PPM) and newly formed Maldives National Party (MNP). The three parties conducted campaign events at the three islands of Komandoo constituency as well as in Male’ City.

PPM’s campaign at three islands had concluded with a Dua’a.

Ruling MDP had visited houses in Komandoo constituency islands as part of the campaign. The closing of campaign events took place at Foakaidhoo; in form of a rally. The rally saw the participation of senior MDP members and parliament members. The rally ended with a Dua’a as well.

To conclude their campaign, MNP held events at three islands of Komandoo constituency as well as an evening tea at the party’s Male’ campaign hall. Their campaign also concluded with a Dua’a.

Elections Commission said that voting will commence at 8:00am in the morning tomorrow. Vote boxes will be kept at the three islands in Komandoo constituency, as well as in Male’ City. The two vote boxes in Male’ City will be at Iskandar School.