Yameen: Will give jobs in islands to PPM members 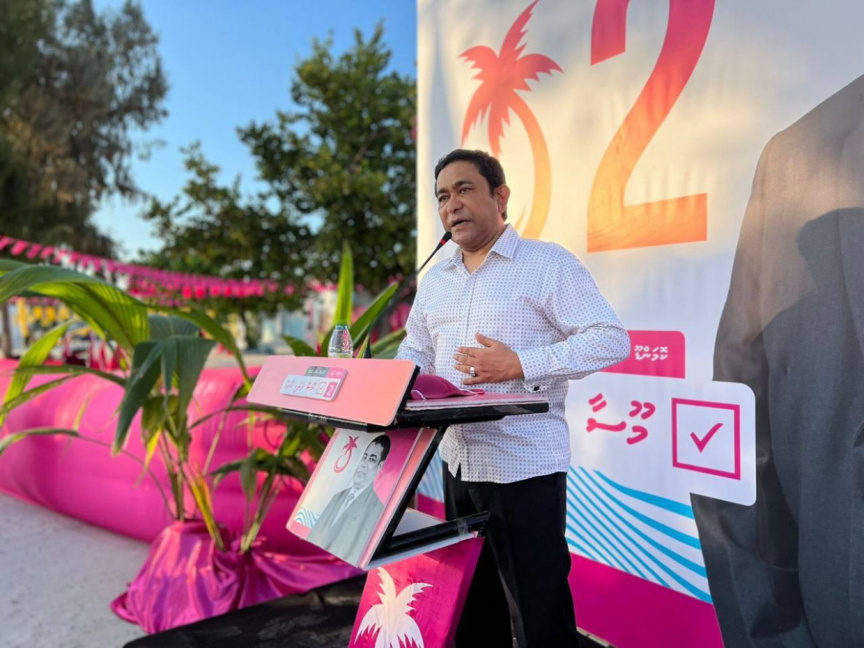 The former President and the President of the opposition Progressive Party of Maldives (PPM) said that jobs generated from islands in a PPM government will be given to party members.

Speaking during a programme broadcasted by local channel ‘Channel13’, Yameen noted that currently, even in this government, jobs from islands are given to members of ruling Maldivian Democratic Party (MDP) members, adding that those meeting requirements were not hired.

Referring to remarks he made last Friday, Yameen said that it did not mean dedicating all the job opportunities to PPM, but rather only the ones from the island.

“I also need to retain those who support me as well. So, what I said was not about distributing all the government jobs (to PPM members). I am giving the correction now. But even then, it was not what I said.”

He also stressed that although based on political circumstances even if they had to create a coalition, these job offers will not be extended to those other party members.

Additionally, the former President accused the government of creating many jobs ahead of the Komandoo by-election.

He made similar remarks while speaking with some members of Komandoo constituency in a restaurant in Male’.

The issue of jobs being created garnered so much heat that at the time PPM released a statement stating that in a government of their party employment opportunities for all members.