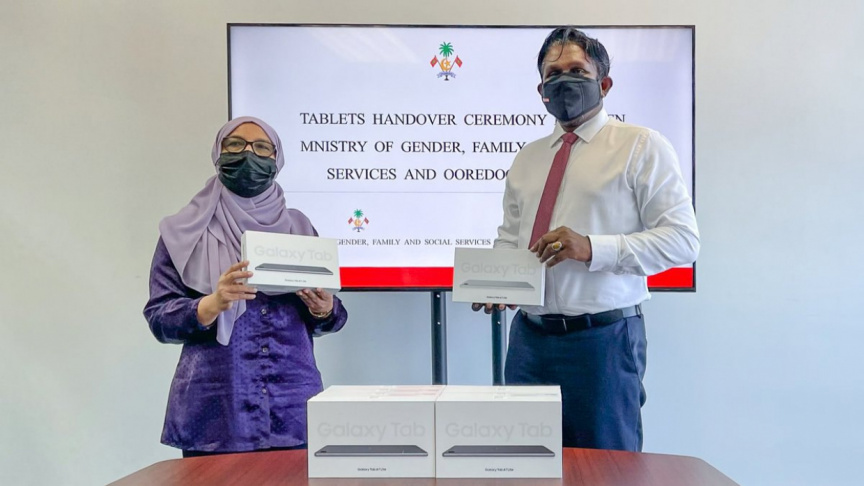 Ooredoo Maldives has donated 10 tablets to the Gender Ministry, to improve access to educational resources for students under state care.

Ooredoo said it made the donation under its mission to enrich the lives of local communities.

Speaking at the handover ceremony, Gender Minister Aishath thanked Ooredoo for the donation. She also spoke about needs of the children under state care.

There are 194 children under state care – primarily housed at shelters in Vilimale’ and Hulhumale’. Shelters have also recently been built in HA. Dhidhdhoo, Sh. Fonadhoo, B. Eydhafushi and Fuvahmulah City, and there are plans to build shelters in more islands.

Ooredoo give discount from Semilis for Independence Day