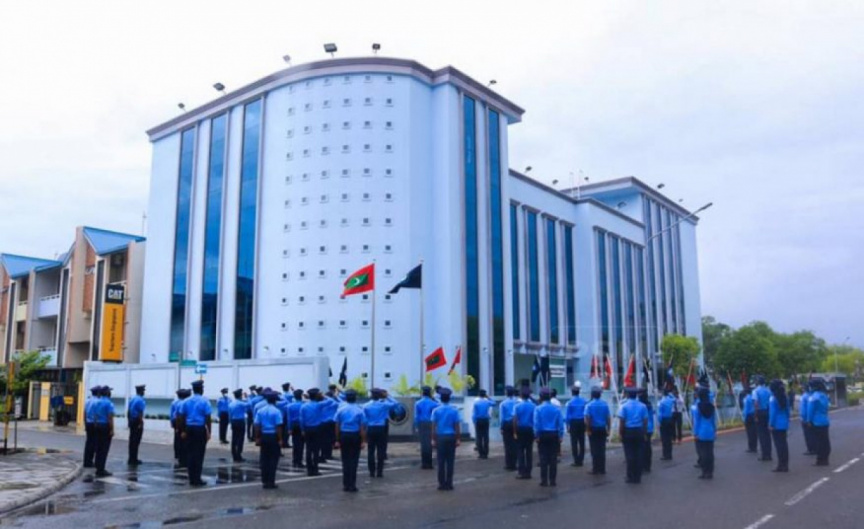 Police said on Monday that the money safe found with the suspects recently arrested from Hulhumale’ Phase II with a large quantity of contraband believed to be readied for smuggle into prison was stolen from Maldives Inland Revenue Authority (MIRA)’s Hulhumale’ office.

The contraband was seized in a police operation on Friday, January 28.

Patrolling police officers saw two men go into a Hiyaa tower carrying a safe. When they caught sight of the officers, the two men dropped the safe and attempted to flee. The police stopped and searched the two men and the safe they had been carrying but found nothing.

Following further questioning the two men led the police to an apartment in Hulhumale’ Phase II, from where they arrested four more men and seized contraband believed to have been stored inside the safe.

A police spokesperson said on Monday that investigators have confirmed the safe was stolen from MIRA’s Hulhumale’ office on January 17.

“Contraband believed to be readied to be smuggled into prison was found with the safe,” said the spokesperson.

The case is under investigation by Hulhumale’ Police Station.