Saeed: Soon calls for ‘India Out’ will come within government 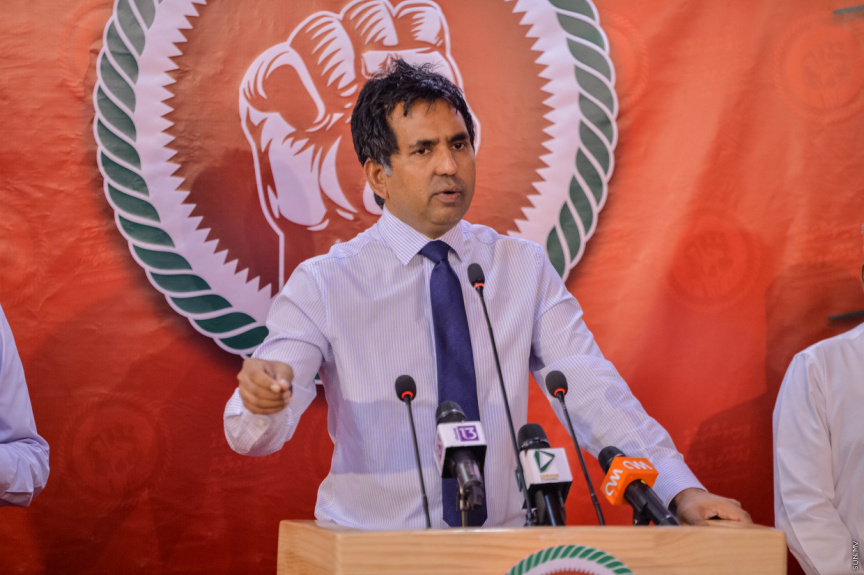 The Parliamentary representative of Maavashu constituency and the Vice President of the People’s National Congress (PNC) Mohamed Saeed said that soon calls for ‘India Out’ will be heard within government and offices.

Speaking at a gathering held at the office of the Progressive Party of Maldives (PPM), Saeed said that calls for ‘India Out’ cannot be stopped with a law.

He went on to say that soon those closest to President Ibrahim Mohamed Solih will start calling for India to leave and that they would also be aware of how things are happening within the government.

In addition to this, Saeed said that diplomacy and diplomatic relations should be maintained within a certain limit and that countries accept that.

Saeed added that despite this, Maldives Democratic Party (MDP) believes Maldivians to be unworldly.

Furthermore, he said that making laws to stop people who do not believe Indian military presence in the country was right, was doing great damage to the citizens.

He noted that in addition to coming out and supporting the campaign events of ‘India Out’, people can also do more by voting in favour of PPM in the upcoming by-election for the vacant seat of Komandoo in Parliament.

‘India Out’ campaign which is spearheaded by the opposition leader, former President Abdulla Yameen Abdul Gayyoom has been expanded across the country, with supporters graffitiing walls of their houses with messages pertaining to the campaign. The government, MDP and other political parties which belong to the government coalition strongly condemn the campaign. In this regard, the government, on multiple instances, have stressed that such a campaign would disrupt the close ties maintained with a neighbouring country.

MDP recently revealed that the party has commenced efforts to formulate a law that would allow criminal punishment against individuals that act and speak in a manner that’s disruptive to diplomatic relations.

The opposition’s ‘India Out’ campaign claims that Indian military personnel being stationed in the Maldives is a threat to the country’s national security. They also claim it to be a concern of many Maldivian citizens. Opposition leader, Yameen, is a strong critique of India.