Chief Judge: Cannot livestream hearings in Yameen’s case due to lack of resources 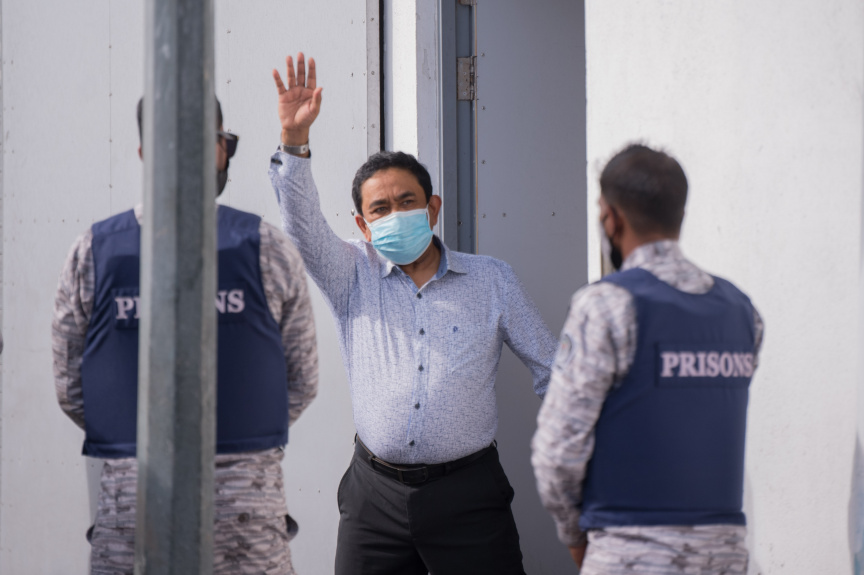 It has been decided that the hearings in the money laundering case against former President Abdulla Yameen Abdul Gayyoom in connection to the sale of V. Aarah for resort development – will not be livestreamed due to lack of resources.

At a hearing of the case held today, Criminal Court’s Chief Judge Ahmed Shakeel who is presiding over the case said that the Court currently does not have the resources to livestream the hearings at the moment.

However, Judge Shakeel added that as soon as they acquire the resources for livestreaming, the hearings in the case will be livestreamed. He also noted that there were also difficulties in livestreaming the hearings due to administrative issues.

Yameen had requested to livestream the hearings in the money laundering case against him in connection to the sale of V. Aarah. However, former Felidhoo MP Yoosuf Naeem, who is also a defendant in the case, had objected to livestreaming the hearings.

Hearings in the first money laundering trial against Yameen had been aired by television channels. The hearings were aired with assistance from Public Service Media (PSM) at the request of the Criminal Court. It was the first hearing livestreamed on television in the Maldives.

Responding to this, State Prosecutor Mariyam Shaamaa Naseer said that the defense has been given adequate time to review the case.

Judge Shakeel spoke in favor of the State Prosecutor’s remarks – stating that today’s hearing had been scheduled two weeks ahead of time. He also noted that the opportunity was presented for lawyers that were sick to take part in the hearings online, however they had rejected citing bad internet connection.

Defendant Yoosuf Naeem had not been present for today’s hearing, as he had contracted COVID-19.