Graffiting ‘India Out’ on walls as per Yameen's request commences 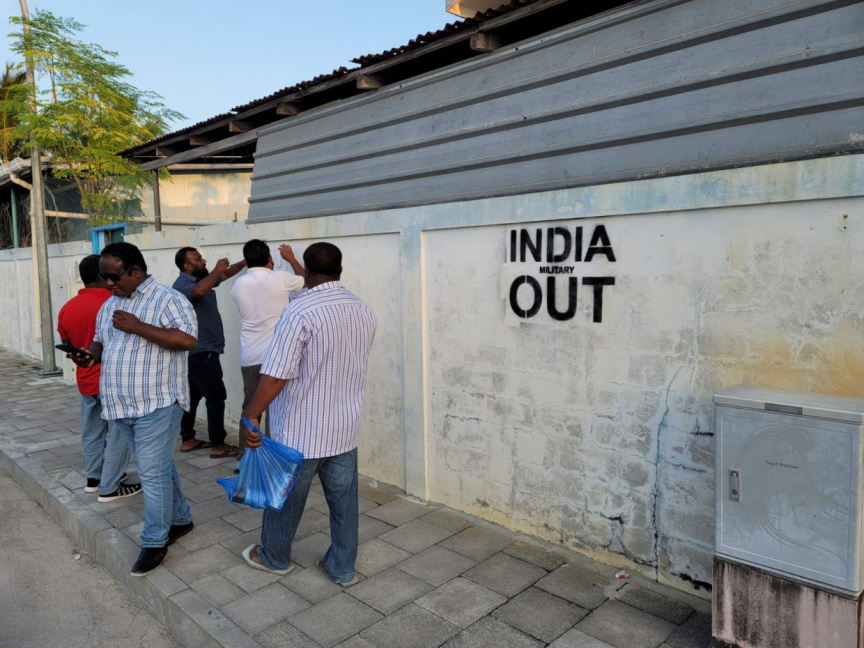 Local residents of an island graffiting 'India Out' on a wall.

Graffiting walls with ‘India Out’ has commenced as part of the campaign spearheaded by opposition leader, former President Abdulla Yameen Abdul Gayyom, calling for the removal of Indian military personnel stations in the Maldives.

At a recent rally held by the opposition coalition, Yameen had requested that ‘India Out’ be graffitied on the walls of homes.

Subsequently, starting from yesterday, ‘India Military Out’ is being graffitied on the walls of houses at some islands.

Rallies held under the campaign have been expanded to atolls, in addition to Male’ area.

One day after Yameen had requested to write ‘India Out’ on the walls of homes – ‘India Out’ being graffitied on the wall of Sh. Funadhoo School had come to light, which is currently under investigation by the Maldives Police Service at the request of Education Ministry.

The government describes ‘India Out’ campaign as an effort headed by Yameen to ruin the close ties maintained with a neighboring country.