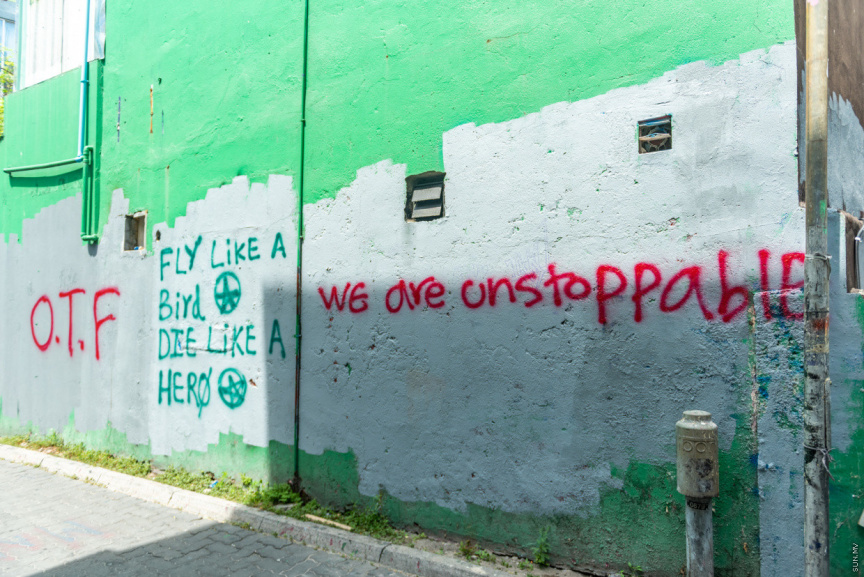 Graffiti was re-drawn on some areas of Male' after Police and City Council worked together to remove them. (Sun Photo)

Graffiti has been re-drawn on walls in Male', including explicit in language targeted at Maldives Police Service, after the authority and Male' City Council worked together to remove them.

Notably, less than 24-hours after it was removed, some areas were repainted with new graffiti that depicted names of various gangs and foul language at Police.

Speaking to 'Sun' spokesperson for Male' City Council Aminath Shiuna said that the issue has been brought to their notice and shared with Police as well.

Shiuna noted that Police stated that action will be taken against those responsible for this.

Additionally, she revealed that they will remove the graffiti again and that Police has given their word that a permanent solution will be found.