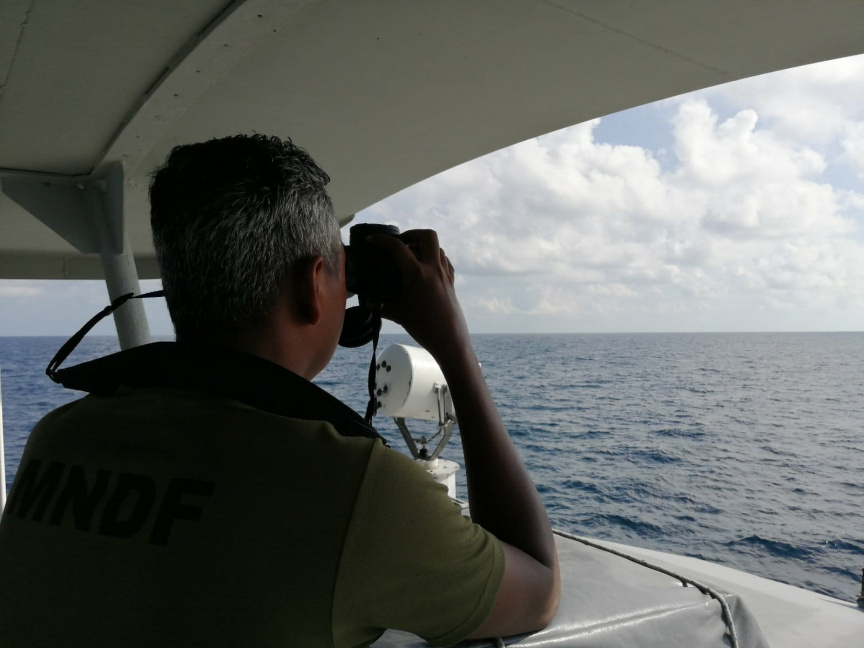 MNDF Coast Guard search for the 69-year-old British tourist who went missing diving off the coast of ADh. Mandhoo on January 15, 2022. (Photo/MNDF)

Maldives National Defense Force (MNDF) Coast Guard divers have recovered the body of a tourist who went missing on Saturday.

The tourist, identified as a 69-year-old British woman, was part of a group of tourists who went diving to a reef near ADh. Mandhoo on the boat ‘Goma’ on Saturday afternoon.

Her body was found following an aerial and marine search by the Coast Guard.

Tourist that went missing whilst diving still not found