Administration of booster dose to public to commence mid-January 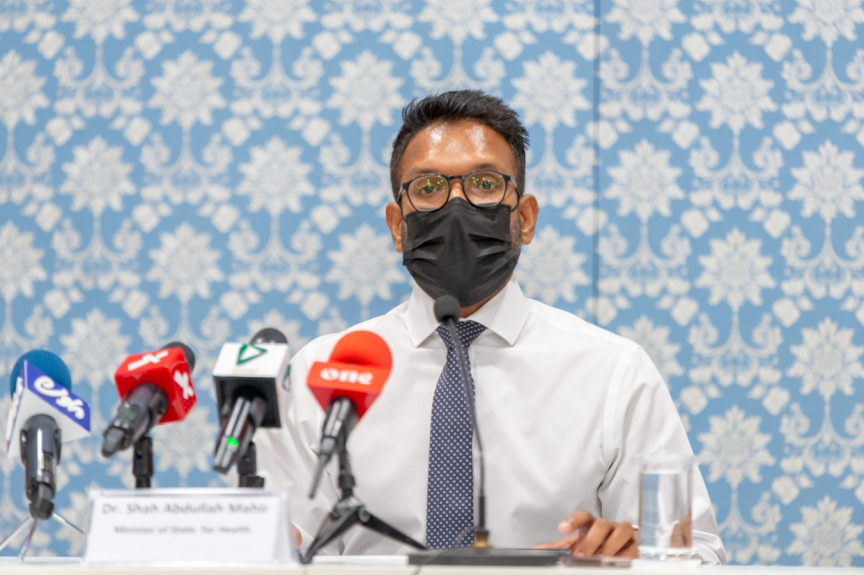 Health Emergency Operation Center (HEOC) has stated that the administration of booster doses for the public will commence mid-January.

At a press conference held today, State Minister at Health Minister Dr. Shah Abdulla Mahir said that although vaccine doses have been procured – other items necessary for its administration will be received within a week's time.

Shah said that a booster dose administration campaign will kick off in mid-January and proceed at rapid speed.

Noting that 80 percent of the Maldivian population have completed two doses of the COVID-19 vaccine – he stressed that the number of people who have completed the booster dose out of them, is comparatively low.

"Nevertheless, we have secured vaccine doses enough for the whole population," he added.

Maldives received additional 100,620 doses of the Pfizer vaccine to be administered as the booster dose on December 18, 2021.

It was donated by the United States of America – through the COVAX Facility.

Expert: Vaccines to Africa must have good shelf lives

Booster dose administration opened for all above 18