Channel 13 alleges police brutality against one of their journalists 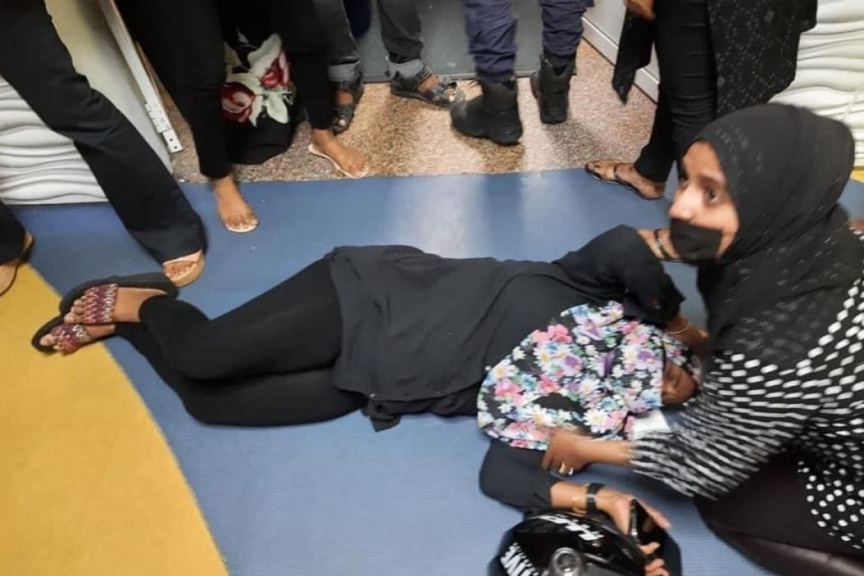 Channel 13's journalist who was allegedly a victim of police brutality. (Photo/Social Media)

Channel 13 has made an allegation of police brutality against one of their journalists.

The media detailed that the victim of violence is their News Head Mariyam Isaadhaa.

He detailed that the journalist became the victim of police brutality whilst attending the scene to cover the news of an arrested protestor from yesterday’s opposition coalition protest, who was taken to the hospital after being injured.

Saeed said that the police depriving a journalist of the rights entitled to them through violently distancing them, whilst being fully aware that it is a journalist, is intended brutality.

“When a huge pass is worn on the neck, they should know that it is a journalist. The opportunity to seek information should be facilitated to journalists,” he had said.

Saeed stressed that brutality against a journalist who is wearing the media pass is completely unacceptable.

“What is more concerning about this is the fact that a female journalist who was wearing the card was attacked by male officers,” he added.

He also said that the police had acted in a manner that could cause injuries during yesterday’s opposition coalition protest, referring to the same journalist.

On this note, he detailed that the journalist was chased by officers, pepper-sprayed, pushed and distanced.

Saeed said that following the injuries sustained by the journalist yesterday, she has been advised by the doctors to remain on bed rest for a period of four days.

Twenty-nine people were brought under police custody during a protest held by the opposition coalition as part of their ‘India Out’ campaign on Friday, citing obstruction of justice - out of which two were arrested.

Police have yet to make a statement regarding the matter.