Channel 13 apologizes for problematic TV broadcast aired back in February 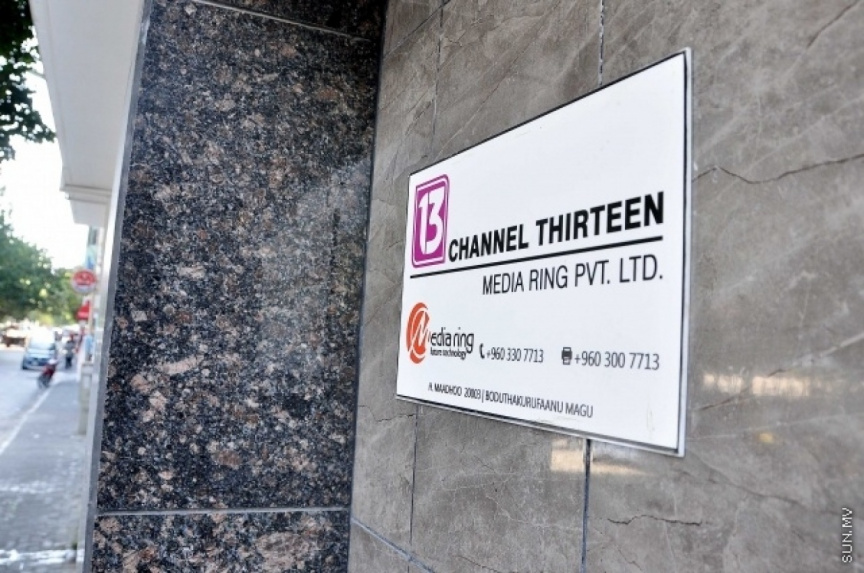 Channel 13 logo and board outside its offices. (Sun Photo/Ali Naseer)

Channel 13 has apologized for the contents brought on the ‘Hajam’ program aired on the night of February 18.

The television channel issued the apology last night following the decision by Maldives Broadcasting Commission (BroadCom) deeming that the contents of the broadcast were against the best practices. Additionally, BroadCom had also ordered them to release an unconditional statement of apology – as well had asked them to broadcast the apology on the channel between 20:00 and 21:00 on the night of August 23, 2021, Monday.

Channel 13 aired the apology in a video statement last night at 20:58 – where they had apologized to its viewers and also noted that they would not repeat such a mistake.

The case against Channel 13 was submitted to BroadCom on February 25 – claiming that the contents of the program had contained false information regarding the work of the Department of Judicial Administration – which could negatively impact the trust placed by the public on the institution as well as the judiciary in the Maldives. BroadCom was requested to investigate the matter and take action if necessary.

A statement released by BroadCom read that the contents of the ‘Hajam’ program aired on the night of February 18 go against some of the guidelines stipulated in the broadcasting code of practice.

BroadCom also cautioned Channel 13 to frame the contents of their televisions programs within the boundaries drawn in the code of practice – and advised being more responsible in broadcasting in the future. BroadCom also requested the full cooperation of Channel 13 while acting on its instructions.