China to provide MVR 968.2 million in grant aid to Maldives 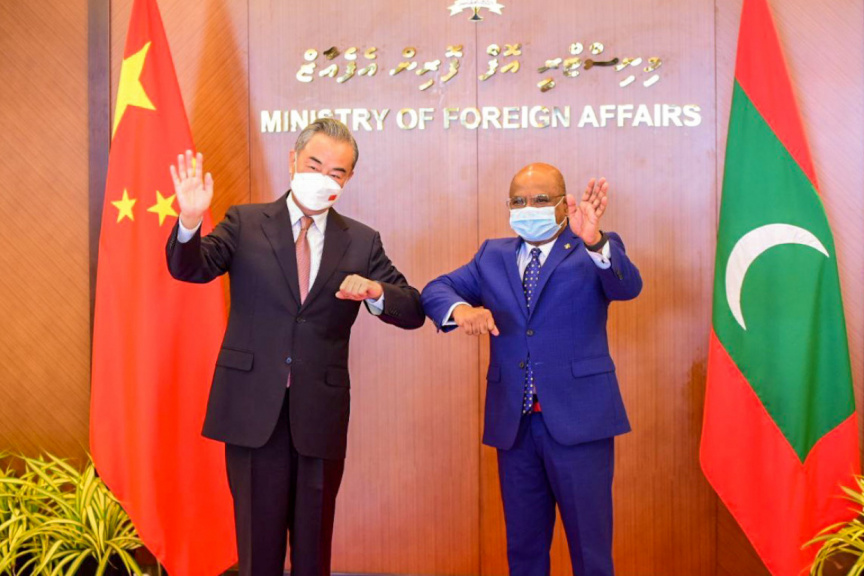 A total of five key agreements have been signed between China and Maldives on Saturday – including an agreement pertaining to the provision of MVR 968.3 million in grant aid.

The agreements were signed after official bilateral talks held between the two countries today, as part of China’s Foreign Minister Wang Yi’s official trip to the Maldives.

Foreign Ministry said that the grant aid is provided for the development of key areas such as social, livelihood, and infrastructure projects.

The four other agreements signed with China today are as follows;

China: Will work to carry on traditional friendship