Boat captain was swimming towards lights from island before he disappeared 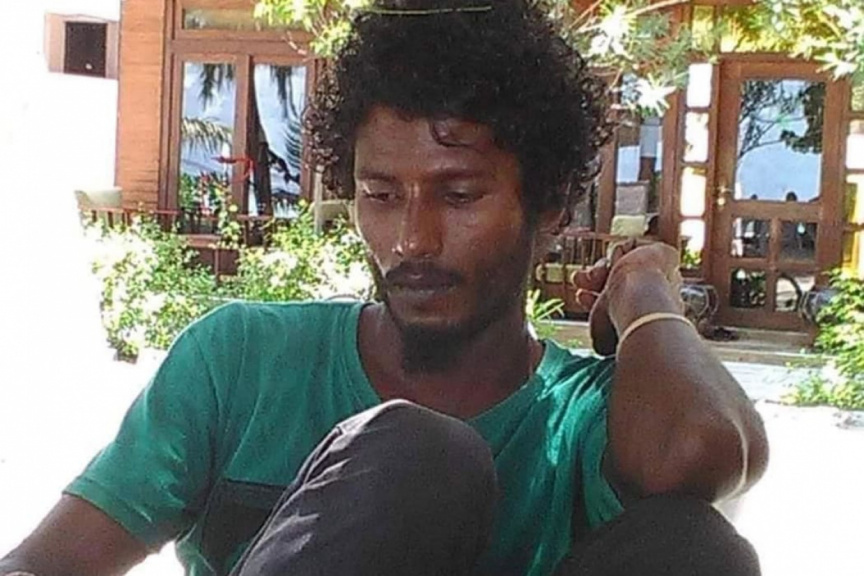 The captain of the boat which sank in V. Atoll on Monday had been swimming towards the lights from an island before he disappeared, says his family.

Adam Shafeeg, 32, Nalava, K. Guraidhoo, was the captain of the 'Alama 5’ - which sank four nautical miles outside the Fussaru Falhu in V. Atoll, as it travelled with two more crew members from off the coast of F. Feeali to Male’ City on Monday night.

“I was able to call him last on Friday. Shafeeg said he was on his way to the island. He came to the island, and left again,” she said.

Shafeeg’s family told Sun that according to the boat owner, Shafeeg had been with the two crew members hanging on to a couple of containers they grabbed from the boat before it sank as late as 07:00 pm on Tuesday.

But he saw the lights from an island in the darkness of the night, and swam towards the light, said the family.

The two crew members – both of them Bangladeshi nationals – were rescued outside ADh. Dhangethi while drifting along with the containers later that night.

One of them was identified as Assadul Islam, 37, while the other remains unnamed.

His family said that Shafeeg instructed the crew to jump overboard when the boat began taking in water. And that he too jumped overboard with the crew.

They learnt he was missing when the Guraidhoo Council informed them. Shafeeg had called Adam Fauzi, someone from Guraidhoo who operated rented boats, when the boat began taking in water.

Debris from the boat was found one nautical mile to the north of F. Atoll on Tuesday.