Yameen: Male' area not congested, can do further relocations 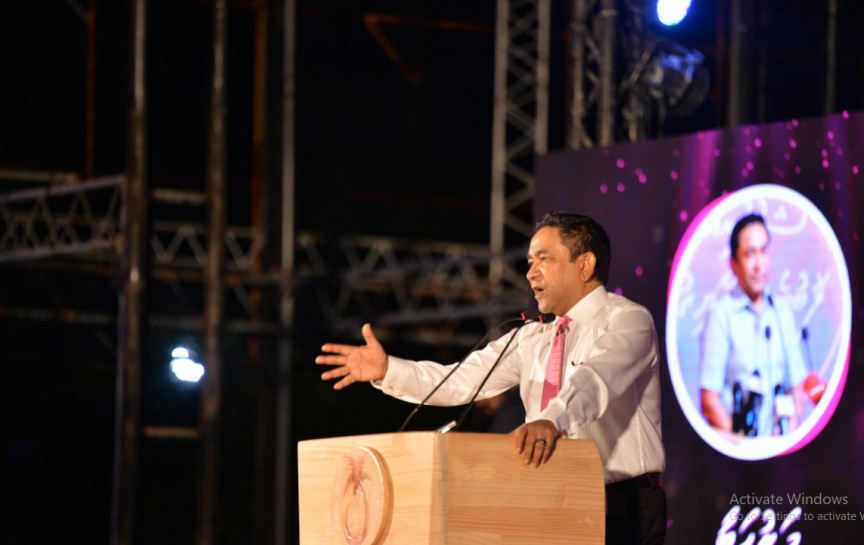 Former President Abdulla Yameen Abdul Gayoom on Sunday stated that the Male' area is not yet congested enough to stop relocating people to the capital.

During an interview with local tv Channel13, Yameen pointed out that people in politics are selfish enough to only want to finish projects they start under their tenure.

"We still see them cutting ribbons for projects started during our five years. That is not something that politicians will be too eager about."

He went on to state that he would not waste money to see if people can be relocated to other areas of the country, and that it was still most feasible to do that in the greater Male' area.

"If I get the opportunity I will not waste state funds in trying to see if other areas would succeed as relocation hubs."

We have already shown that this can be done in the Male' area, hence Yameen stated that in the future also it would only succeed in this area.

"I don't believe the area is so congested that people can no longer move here. The solution for relocation remains as Male'."

Furthermore, the former president highlighted that no other area of the country has the kind of facilities available in the greater Male' region, adding that bringing the other areas to the same level would be a huge cost to bear.