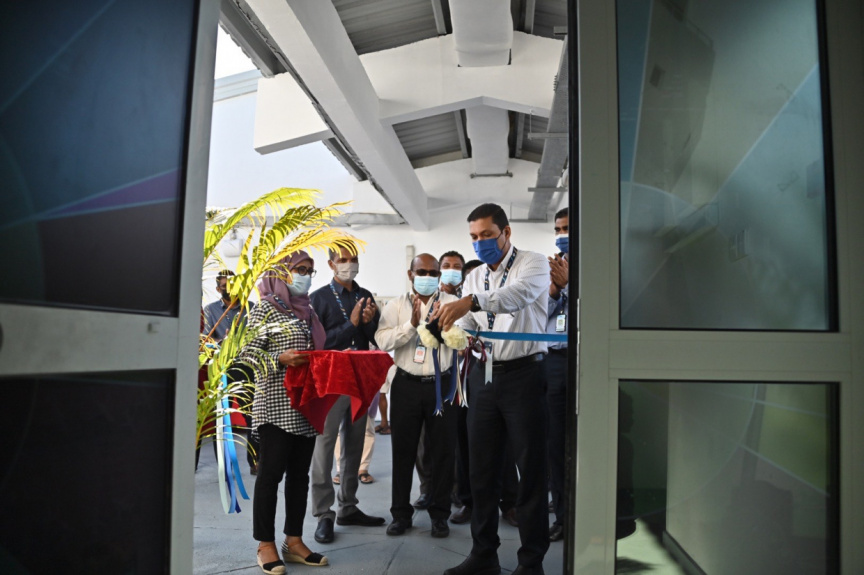 The tower was inaugurated by MACL’s acting-Deputy Chief Officer Ibrahim Thoha at a special ceremony held this evening. The ceremony was attended by senior officials from MACL – in addition to air traffic control staff.

Developed at Velana International Airport through a budget of MVR 4 million – MACL said that the simulator will have the capacity to simulate all airports in the Maldives.

They further detailed that the simulator established today will enhance the Company’s efforts to train air traffic control staff at Velana International Airport as well as all other airports in the country – and that it is a great opportunity for youths who wish to pursue a career in the field of air traffic control.

MACL said that it would also significantly reduce the current costs of training staff. On this note, they detailed the simulator will cut the costs of the currently planned tower control training and familiarization program regarding the new runway – which could cost MVR 9.6 million if undertaken abroad.

Therefore, the company describes this as a permanent step forward in training air traffic control staff.

The ATC Tower Simulator at Velana International Airport was supplied and installed by the UK company, Micro Nav Limited – which has over 33 years of experience in the installation of air defense simulators.

Whilst the simulator displays the airport’s runway at 240 degrees at present – there is room to increase this to 280 degrees. The simulator developed to match with Maldivian airports – displays a detailed view of Velana International Airport’s entire aerodrome.

Air traffic control tower service at all international and domestic airports in the Maldives is provided by MACL.

VIA’s lagoon, road to be partially closed on Dec. 22