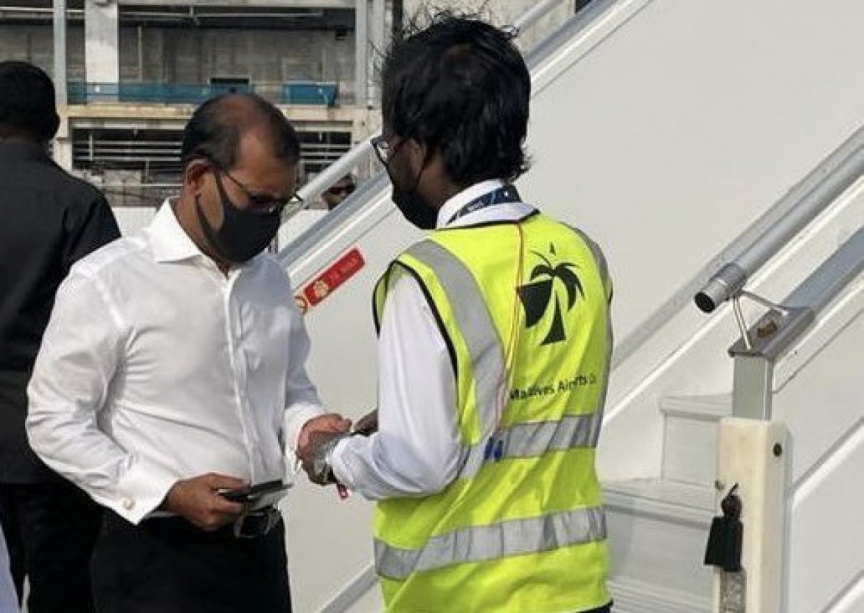 Parliament Speaker, former President Mohamed Nasheed has departed on an unofficial trip to the United Kingdom.

He departed to the UK on Saturday morning.

The Parliament did not specify the reason for the trip, nor when he would return to Maldives.

The Parliament went to recess on November 29, but was recalled twice in December. The first was for an extraordinary sitting regarding the dismissal of Anti-Corruption Commission (ACC) members, and the second was for Bangladesh Prime Minister Sheikh Hasina’s address to the Parliament.