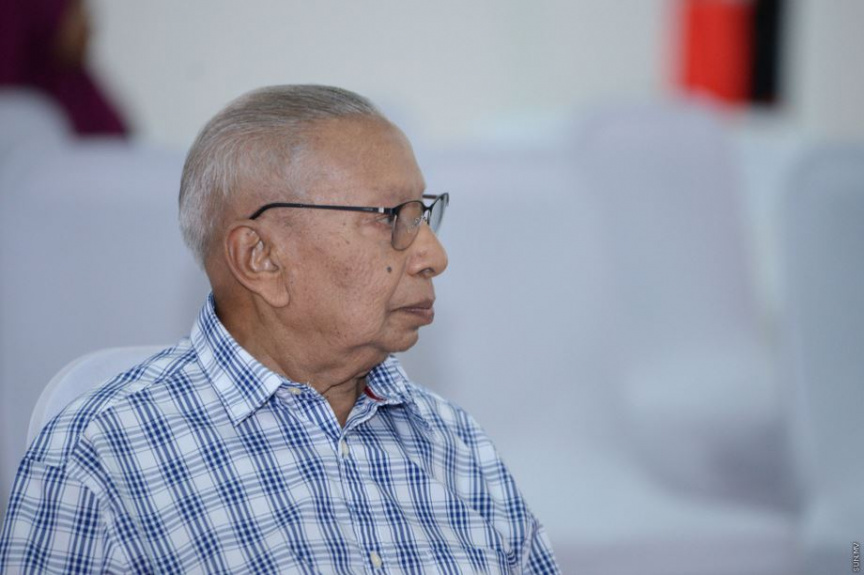 Former minister Umar Zahir has passed away at age of 85.

He passed away while being treated at Dharumavantha Hospital after testing positive for COVID-19.

A close acquaintance of Umar Zahir told Sun a few days back that he was being treated at the 11th floor of Dharumavantha Hospital, and that his condition was serious.

Umar Zahir has been sick following his return to Male’ City from a trip to Fuvahmulah City at the beginning of this year. The trip was undertaken for the purpose of inaugurating a mosque built on the island at his own expense.

He first became a civil servant in the 1950s, after which he remained in the government in various capacities to serve the nation and its people for over 49 years. He has also been conferred Order of Distinguished Rule of Izzudheen; one of the highest honors conferred by the Maldivian government.

Umar Zahir was a long-serving statesman during former President Maumoon Abdul Gayyoom’s administration. He has filled the post of a Home Minister during this time.

He is also notable for the services rendered in the field of Maldivian football. Moreover, he was the first person to ever serve as a Sports Minister in the country.

In addition to this, he has also served as the Constructions and Public Works Minister.  He also represented Male' constituency at the People's Majilis at a time.

He also played a significant role in the fight for independence in the 1960s.

Umar Zahir also filled the post of a headmaster at Majeedhiyaa School. He also led the major project to construct seawall along the coast of Male’ City, and has assisted in similar projects undertaken at Hulhumale’ and Thilafushi.

The Maldivian government has made the decision to fly the national flag at half-mast for a period of three days as the country mourns Umar Zahir’s passing.