Large quantity of drugs seized from a taxi in Male’ City 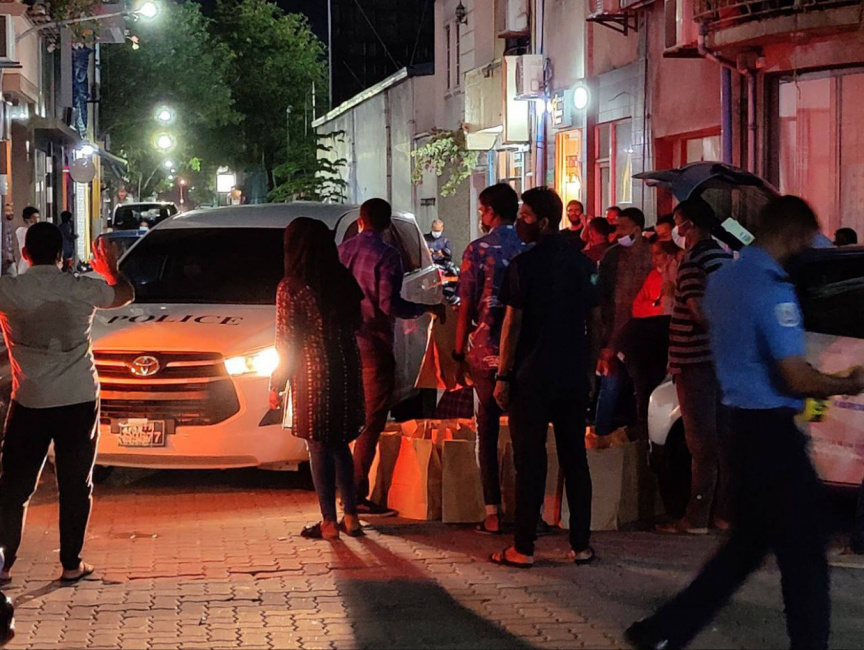 Police search and seize drugs from a taxi in Male' City during a counter-narcotics operation on December 12, 2021. (Sun Photo/Mohamed Hayyan)

Maldives Police Service has seized a large quantity of drugs from a taxi’s dickey in Male’ City.

A witness who was at the scene told Sun that Police had taken out a huge suitcase from the taxi’s dickey after which they had opened the suitcase. The witness further detailed that the Police had searched and seized multiple objects from the suitcase that were packed using cellophane.

Police said that their Drug Enforcement Department is carrying out a counter-narcotics operation in Male’ City tonight. However, they refused to provide any further details.

In recent days, the Police have seized large quantities of drugs in multiple operations carried out.

Police seized approximately 100 kilograms of heroin and arrested 10 suspects in a counter-drug trafficking operation that took place on October 13. They searched over 10 locations from Male’ and Hulhumale’ in addition to a safari during this operation.

On October 15, Police arrested two individuals with 215 kilos of heroin in a counter-narcotics operation at Raa Atoll.