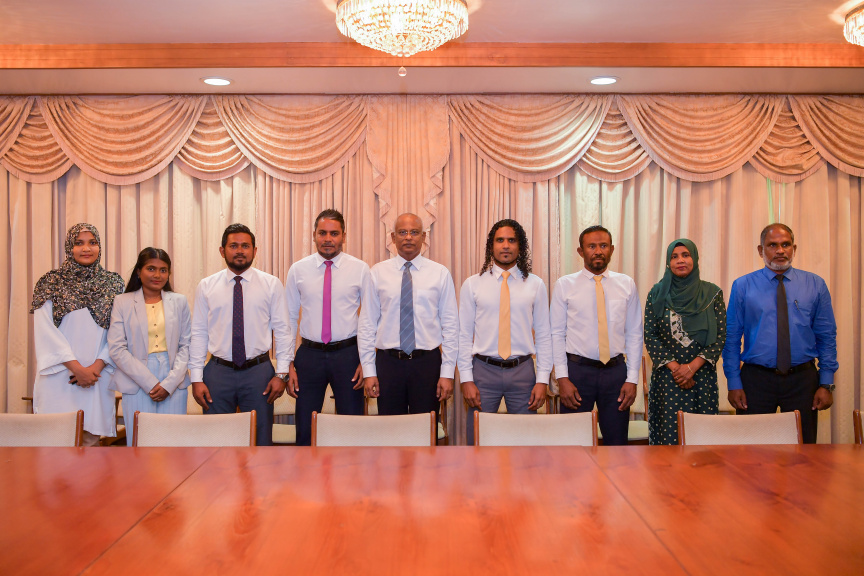 The meeting was held on Sunday afternoon at the President’s Office. During this meeting, council members thanked President Solih’s administration for the numerous developmental projects initiated at Dhaandhoo, unlike what was seen during past administrations. They also praised the administration’s efforts at women's empowerment.

Council members then briefed the President on their most pertinent needs and the concerns of Dhaandhoo residents to include the need for housing finance, the relocation of the powerhouse that is currently in a residential area, challenges facing fishermen due to service interruptions at the ice plant and the installation of lights on the football ground that is under development.

They also relayed the space constraints faced at Dhaandhoo School following the introduction of higher secondary education, the need for improved banking and healthcare services in addition to the residents wish for the establishment of a transshipment harbor in Huvadhoo Atoll.

President Solih, on the other hand, briefed the councilors on the progress and latest updates on the ongoing and planned developmental projects at the island. He also assured council members that his administration will seek ways to address their concerns.

In response to the concern raised regarding housing finance – the President highlighted the administration’s "Gedhoruveriya" national housing loan scheme, introduced earlier in June 2021 as part of the government’s pledge to introduce nationwide affordable housing options.